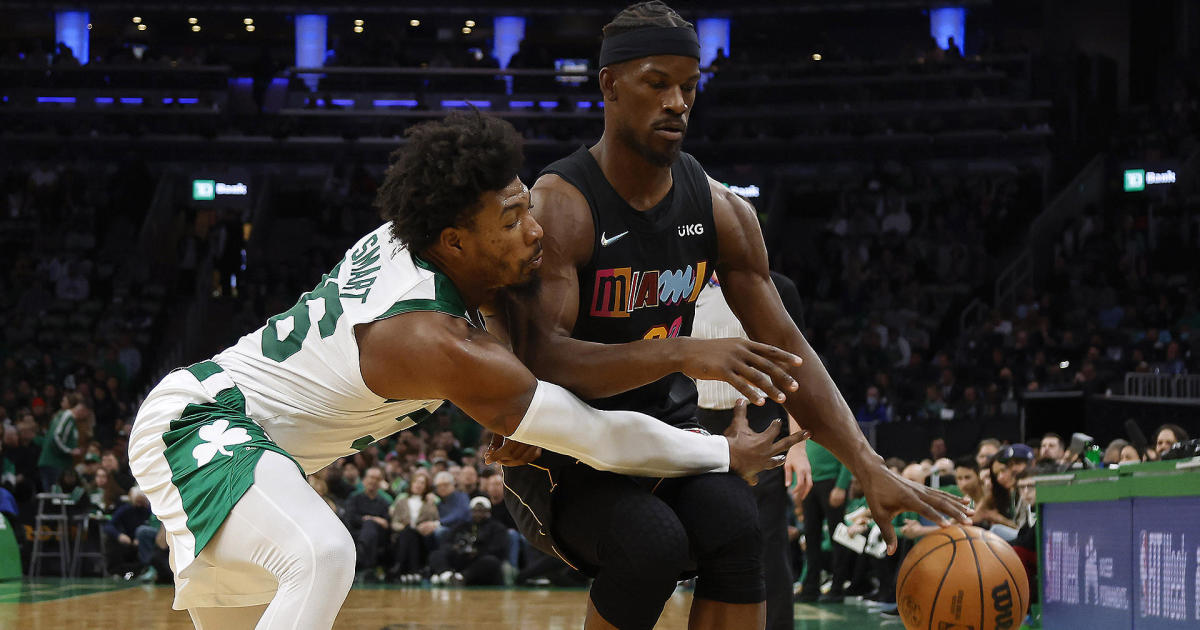 BOSTON  — The Boston Celtics will have a full squad for Wednesday night’s Game 5 in Miami. Both Marcus Smart and Robert Williams are available to play against the Heat.

Both had been listed as questionable on Tuesday, but after testing out their injuries ahead of the Wednesday’s game, both were deemed good to go.

That’s great news for the Celtics, as they look to win their second straight game of the series. The Eastern Conference Finals is currently tied 2-2.

Smart sat out Boston’s Game 4 win after he rolled his ankle in the second half of Saturday night’s Game 3 loss. He finishing Game 3 but the ankle was too swollen for him to go on Monday night.

Smart also missed Game 1 with a mid-foot sprain that he suffered in Game 7 against the Bucks last series. He is averaging 20 points, 9.5 assists and 6.5 rebounds for the Eastern Conference Finals, and 15.8 points off 42 percent shooting to go with 6.8 assists and 4.2 rebounds per game this postseason.

With the Defensive Player of the Year returning to the Boston lineup, Derrick White will move back to the bench for the Celtics.

Williams played only 19 minutes in Game 4, but he was a dominant force over that short stint. He was 4-for-5 from the floor for 12 points while pulling down 12 rebounds and blocking two shots.

As for the Heat, Tyler Herro will miss his second straight game with a groin injury. Jimmy Butler, who was listed as questionable with a knee injury, will warm up with the intent to play, according to the team.