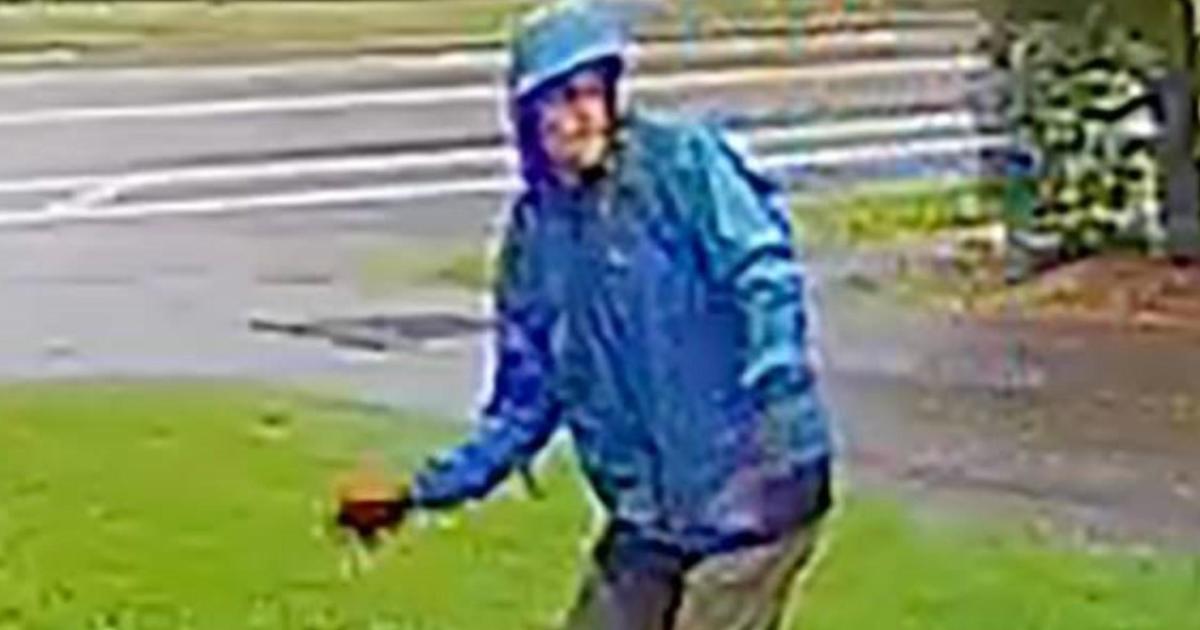 MELROSE – Police are searching for a suspect who threw a brick through a window of a Melrose home, possibly targeting the woman who lives there because of work she does as a reporter for a New Hampshire media outlet.

The woman was not at the Lynn Fells Parkway home at the time. When she returned, the woman found the brick along with “this is just the beginning” spray painted on the house.

Police later learned that the woman has been the target of similar incidents on five occasions. Those incidents took place at three New Hampshire homes connected to the reporter in Concord, Hampstead, and Hanover.

Investigators did not say what publication the woman works at.

“As part of the ongoing investigation into this matter police are looking at her recent work to determine if there is any connection with the incidents of vandalism,” police said.

The suspect is believed to be a white man who is about 5’10” tall. He was seen wearing a light blue hooded raincoat, khaki pants, and black sneakers. The man was also wearing a blue-green backpack, police said.

Anyone with information is asked to call police.