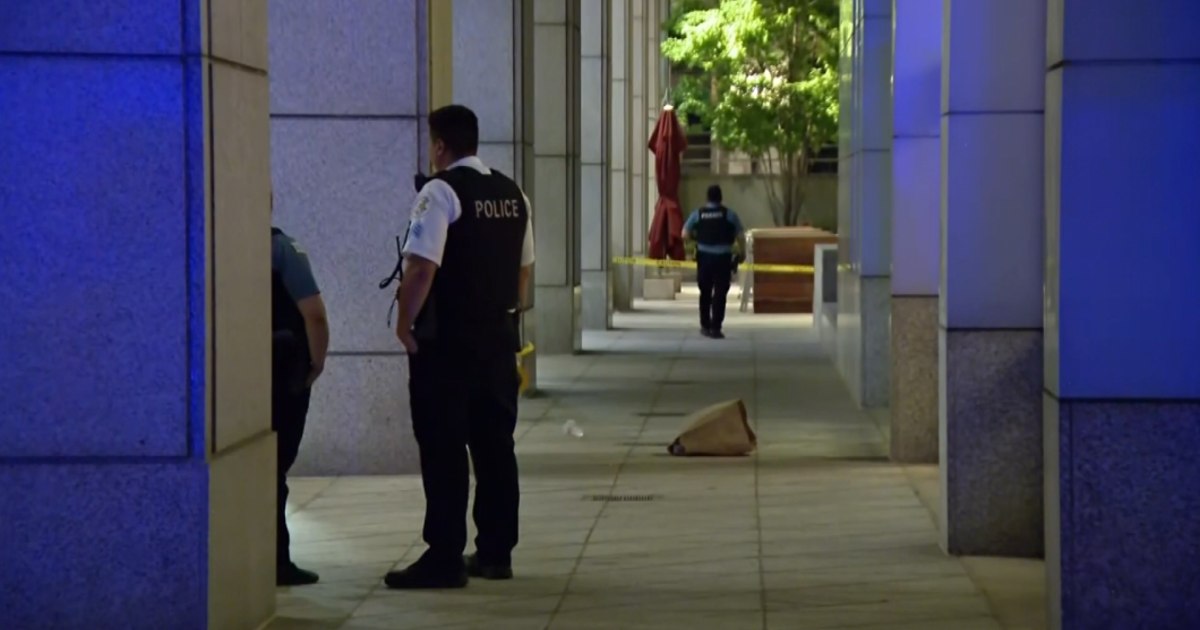 CHICAGO (CBS) — Chicago Police are searching for the gunman who shot a man during an armed robbery in the River North neighborhood early Thursday.

CBS 2’s Tara Molina has been tracking violent crime at an all time high in that area.

A 26-year-old man was standing near State Street and Grand Avenue around 3:30 a.m. Thursday, when a man walked up to him with a gun, demanding his stuff.

He refused and they got into a fight. That’s when the 26-year-old was shot in the wrist.

The victim was taken to Northwestern Memorial Hospital in good condition.

No one was in custody Thursday afternoon.

“The casual violence of these incidents is terrible, but what’s even worse is their frequency. This kind of behavior can’t be allowed to become normalized,” said the River North Residents Association following the latest violent crime in the area.

Our biggest public event of the year, River North LIVE, is taking place this weekend, so we’re busy with preparations, but members of our leadership team are meeting next week to discuss just one subject: crime and public safety in our neighborhood. We understand that extraordinary measures are necessary to respond to extraordinary circumstances. Of course, we support the efforts of Alderman Reilly and Commander Hein, but we all have to do our part.

CBS 2 has tracked violence rising in the city’s downtown neighborhoods. In River North, violent crime is spiking at all times highs since 2015.

The latest shooting came as Chicago Police recently warned of a crew of three to five people committing armed robberies with handguns across the downtown area, using a white Nissan Rouge with Florida plates.

Chicago Police have said they can’t confirm if Thursday morning’s attack is connected to that robbery crew.

However, police remind people not to resist giving up your property in an armed robbery situation, or in any situation like this case. It’s not worth it.