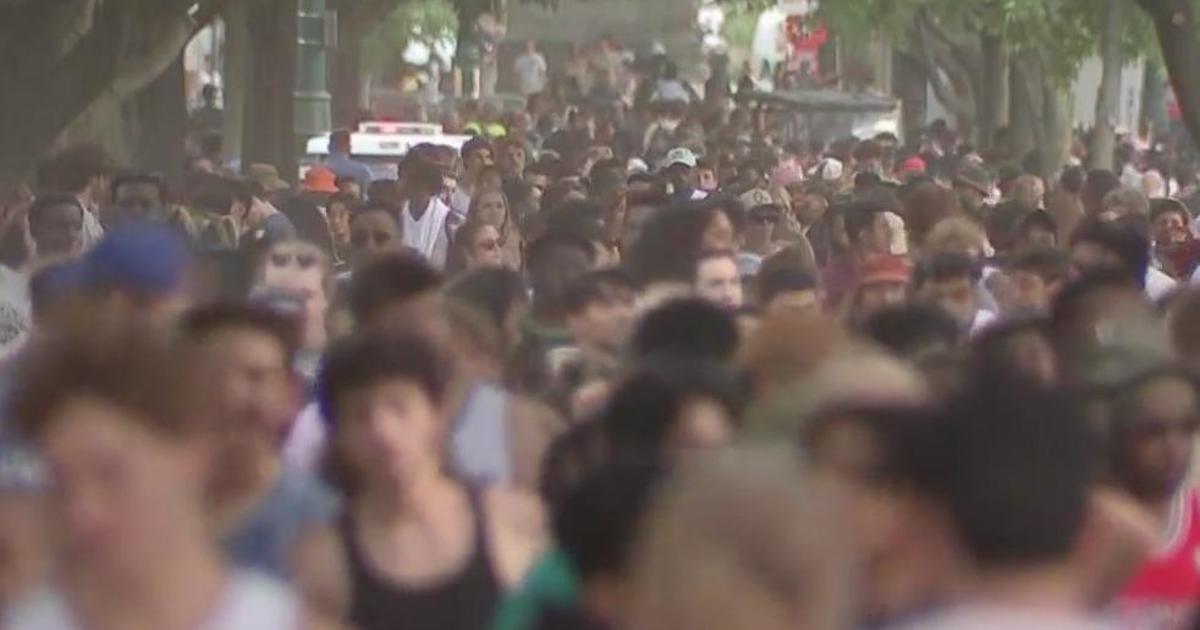 PHILADELPHIA (CBS) — The Ben Franklin Parkway was packed Saturday night to kick off the Made in America Festival. And this year, safety and health concerns are at the top of official’s minds

The Made in America Festival is underway. Many people tell CBS3 they are excited to see their favorite artists perform and see the city come alive Labor Day weekend.

The roars from the crowd at Made in America echoed up and down the Parkway.

“This was last minute, so we are very excited,” Jasmine Sprenger, of Norristown, said.

There were food and drink vendors and star-studded performances.

Thousands of people filled the streets to see stars like Tyler, The Creator.

“We are waiting for Tyler and Uzi,” Kate Kraska, of Trenton, said.

Safety is a top concern, especially after the 4th of July Welcome America Festival shooting, where two officers were grazed by bullets.

There were dump trucks around the perimeter, mounted patrols, and officers everywhere.

“I feel super safe here,” Victor Rodriguez, of Washington Township, said. “There are so many cops making sure all of us are good.”

Officials issued a monkeypox advisory. They are telling people to avoid skin to skin contact and make sure their hands are clean.

There were also hydration and cooling stations to help with the heat.

“They are throwing water bottles in the crowd and telling everyone to be careful and really looking out for the crowd,” Amanda Masucci, of Philly, said.

People who attended say this was the perfect way to spend their holiday weekend.

“I came last year and I was outside the fence and being in here is absolutely insane right now,” Tricia Alarcon, of Philadelphia, said.

Made in America will continue into Sunday with even more star performances.