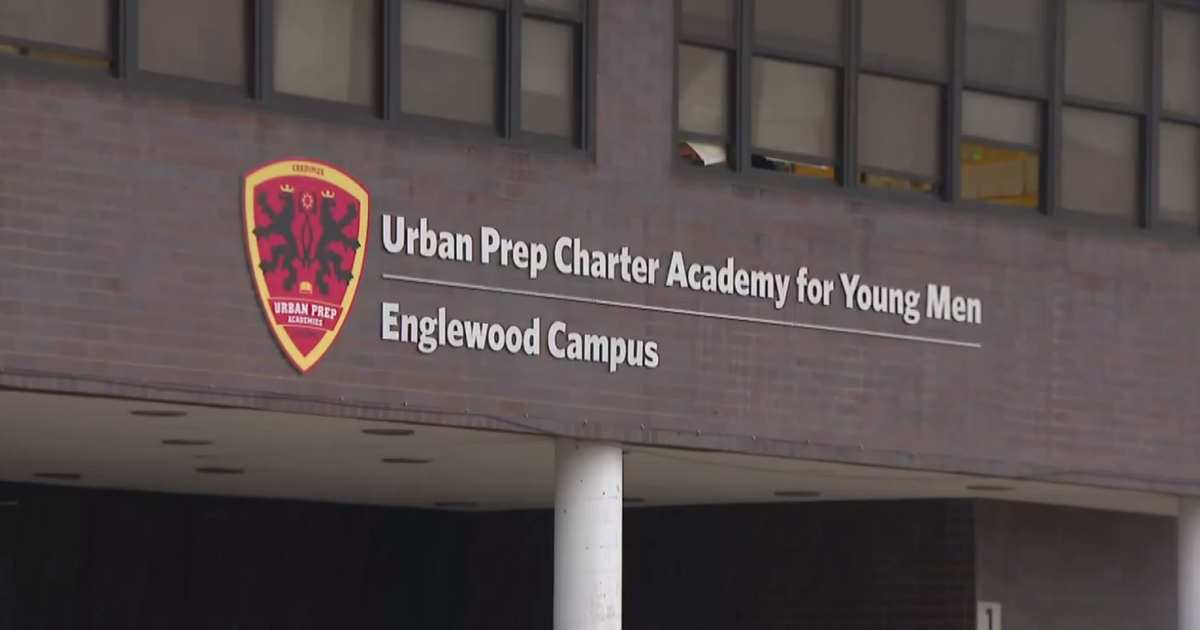 CHICAGO (CBS) — For years, the city of Chicago has celebrated Urban Prep Academy for its graduation rate and countless other accomplishments.

Now, leaders at the school are calling on Mayor Lori Lightfoot for help. They’re trying to fight off a push by Chicago Public Schools to revoke the charters for two of its schools.

As CBS 2’s Shardaa Gray reported Tuesday, leaders at Urban Prep want the mayor to intervene and halt the attempt by Chicago Public Schools (CPS) to take over both of their campuses.

Urban Prep Academy, the only all-male Black charter school, known for its 100% graduation rate, is now in the line of fire and in danger of losing its license.

Anger filled the auditorium at the Urban Prep Englewood Campus on Tuesday. The Chicago Public Schools Board is expected to vote Wednesday to take over the Englewood and Bronzeville campuses.

“They have the audacity to think that they as be successful taking over Urban Prep and turn it into a program of another CPS high school. It is both ludicrous and infuriating,” said Chief Academic Officer Dennis Lacewell.

But District officials laid out an extensive case against the school. Failures include that only one-third of its teachers are certified, there are no services for disabled students and there are mismanaged finances.

“Many of the issues they are referencing are from years ago. And it’s worth noting that in those years since then, we were approved and renewed each of those years,” said Chief Operating Officer Troy Boyd Jr.

He’s talking about fiscal year of 2015 and 2016. They said since then, they haven’t had any issues. Earlier this year, Urban Prep’s founder, Tim King, was forced out after CPS learned of a possible inappropriate relationship with a 16-year-old student.

That investigation is ongoing. The school said this is retaliation.

“We believe that CPS is unable to separate our former CEO and founder from what’s currently going on at Urban Prep, the current leadership that exist. And that’s problematic,” said Boyd.

The school board is set to vote on the issue Wednesday at 10:30 a.m. Urban Prep Academy said staff and students plan to attend.

Shardaa Gray is a Multimedia Reporter for CBS 2 Chicago. She joined the team in December 2021. She was born and raised in the south suburbs. She’s happy to return home to report on her community.