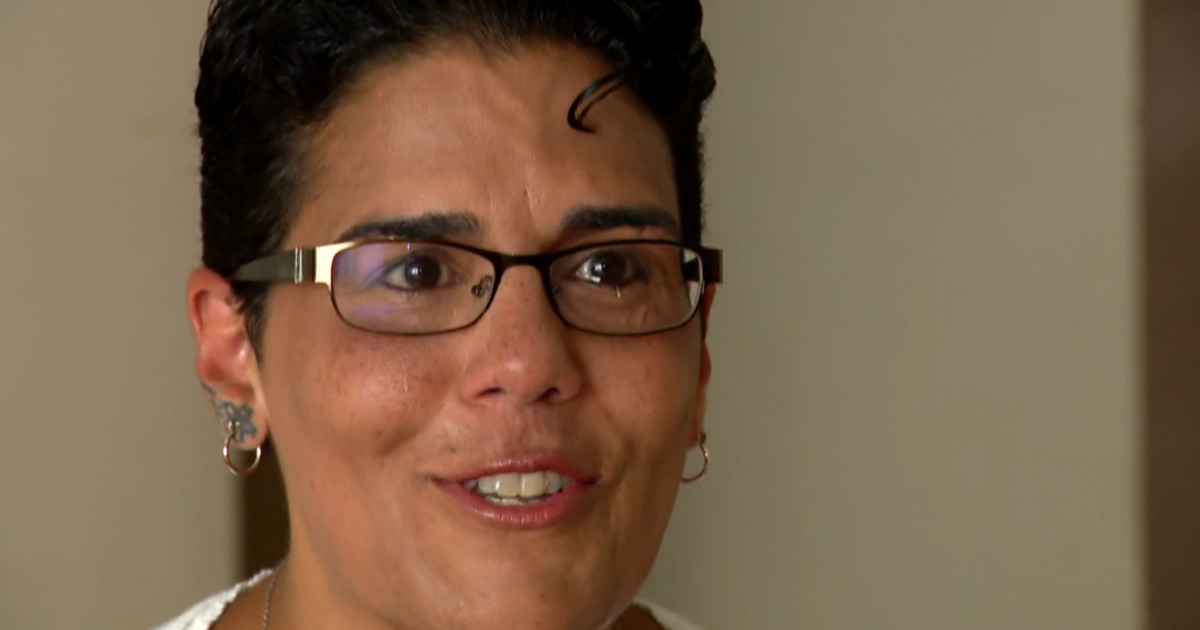 CHICAGO (CBS) — The race for Cook County Sheriff has been narrowed down to a two-man race, after the Illinois Supreme Court shot down a potential challenger’s bid to get back in the race.

Carmen Navarro Gercone originally was kicked off the ballot by the Cook County Electoral Board, before a Cook County judge ruled she should be put back on. The Illinois Appellate Court later overturned that ruling, and the Illinois Supreme Court declined to take up her case.

“These are tears of anger,” Navarro Gercone said as she discussed her failed fight to stay in the race for Cook County Sheriff.

Navarro Gercone’s name will appear on the ballot in the Democratic primary, but because of the Appellate Court ruling, any votes cast for her won’t count.

Instead, the only real choices voters will have in the Democratic primary will be incumbent Tom Dart and challenger Noland Rivera, a Chicago police sergeant. Another candidate, Dolton police officer LaTonya Ruffin, also was tossed off the ballot after filing to run under a different last name than appears on her voter registration.

Dart challenged Navarro Gercone’s candidacy, and she believes the motives were purely political.

A former top aide to Dart, Navarro Gercone had gone to the state’s highest court to try to overturn the Appellate Court ruling that removed her as a candidate in the June 28 primary. But the Illinois Supreme Court declined to hear her appeal, meaning she won’t be an official candidate.

The issue for Navarro Gercone was a new state law, the SAFE-T Act, that went into effect this year, requiring Illinois sheriffs to be either a certified law enforcement officer, or receive the equivalent training from another state or federal agency.

“I spent 19 years on the street making arrests, approving arrests,” she said. “That is a substantially similar training. That’s what the law asks for.”

Navarro Gercone was a corrections officer, sergeant, lieutenant, and assistant chief at the sheriff’s office under Dart, but was never a sworn police officer.

“My 28-year career in law enforcement means nothing, because I don’t have a sheet of paper? A piece of paper that wasn’t required prior to January 1st of this year,” she added. “We perform the duties of law enforcement officers every single day. How am I, how are we disqualified?”

Navarro Gercone considers the roadblock to her candidacy Illinois politics at its best. She argued Dart spent more time fighting her in the courtroom than on the campaign trail, and she questioned the timing of the law, as well as how Dart got his own certification weeks before it went into effect.

“The voters are left with Tom Dart sliding into a fifth term, and that’s not okay with me, and that’s why I’m hurt,” she said.

“Carmen wasn’t legally qualified to hold the Office of Sheriff under a law that was part of the SAFE-T Act and aimed at further professionalizing the office. Sheriff Dart had nothing to do with that law and didn’t even know about it until after the legislation was signed into law. Thankfully, the courts have now clarified what this new law means so voters can have faith that the people they are voting on can legally be sworn into the office. Carmen should direct her allegations at the legislature, not Sheriff Dart. You can not run for an office, and ask for votes, if you can not legally be sworn into that office if elected. It is as simple as that. Sheriff Dart is proud to run on his extensive and well-known record.”