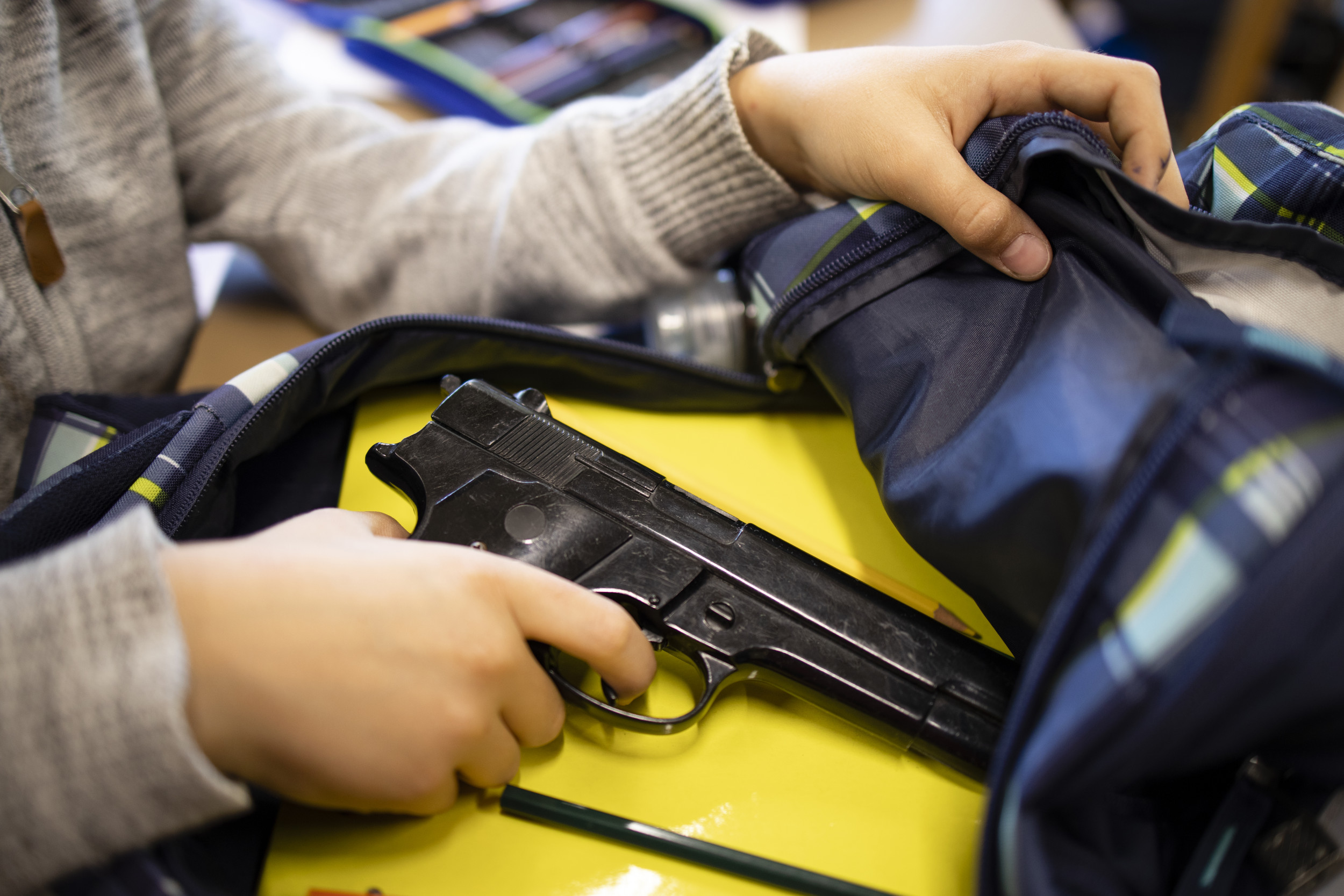 An investigation is underway at a Columbia, South Carolina, elementary school after a loaded handgun was found in the backpack of a 7-year-old student.

Richland County Sheriff’s Department deputies said that the gun was discovered by Sandlapper Elementary School administrators on Thursday, according to ABC affiliate WOLO. The incident occurred just two days after 22 people, including 19 students, two teachers and the suspected perpetrator, died during the mass shooting at Robb Elementary School in Uvalde, Texas.

A school administrator was alerted to the situation earlier in the day by a student who said that they believed a classmate had brought a gun. The loaded weapon was found when the student’s backpack was searched and quickly turned over to the facility’s school resource officer. A police investigation is underway to determine whether the gun was brought to school intentionally or by accident.

In a letter addressed to parents on Thursday, Sandlapper Principal Connie May stressed that students were never in danger despite the presence of the gun and that “district procedures and board policy were followed in responding” to the incident, according to NBC affiliate WIS.

“The student never removed the gun from the backpack but it was seen at the end of the day by another student who told a school administrator,” May wrote, according to WIS. “At no point was anyone threatened and our School Resource Officer quickly took possession of the weapon.”

“We are dedicated to keeping Sandlapper Elementary a safe place for teaching and learning,” May continued. “Parents, you’re a vital partner in this effort. Please help us make sure that weapons are not brought to school. Take a few moments to check bookbags before school to ensure that items that could potentially disrupt school and result in disciplinary consequences remain at home.”

Dr. Baron R. Davis, superintendent for Richland School District Two, released a statement on gun violence and school safety only hours before the weapon was discovered. The district’s schools, which includes Sandlapper, have already been equipped with at least one school resource officer each, additional security guards, bullet resistant glass and surveillance equipment.

Davis said that additional measures including the potential installation of metal detectors would “unfortunately” need to be considered during a school board meeting that is set to take place in June.

“While I am not an advocate of metal detectors, I am a child safety advocate and will exhaust all measures to keep schools as safe as possible,” Davis wrote. “None of us should rest until all of us can feel safe going about our daily lives shopping in a grocery store, learning in an elementary school, attending a concert and worshiping in a church.”

Newsweek reached out to the Richland County Sheriff’s Department for comment.