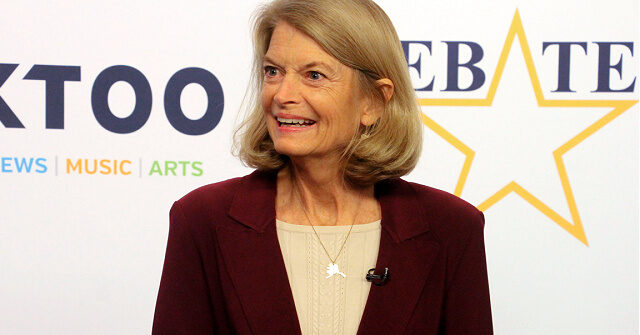 “I do support the codification of Roe v. Wade. I recognize that we cannot go backward in time 50 years when it comes to a woman’s right to determine her own reproductive health and health care,” Murkowski said.

She then tried to portray herself as a moderate by saying that she supports restrictions on abortion and would support a bill that codified Roe and allowed for restrictions.

“I also recognize that abortion should not be without limitations,” said Murkowski. “So the bipartisan effort that I had introduced in the United States Senate is one that again codifies Roe but does so in ensuring that there are limitations. There is a conscience provision for providers who are not willing to perform abortions. It’s also important to recognize that Hyde protection still remain in place.”

Murkowski said that she rejected a bill to codify Roe earlier this year due to it not having the exceptions she listed.

On Biden’s promise to codify abortion rights — Murkowski says she would support codification of Roe V. Wade. “We can’t go backward in time 50 years.” Tshibaka says post-Dobbs the decision would largely be left up to the states, supports greater access to birth control.

Murkowski at the Alaska debate: “I do support codification of Roe vs. Wade…I also recognize that abortion should not be without limitation.”

Highlights bipartisan bill she has with Kaine, Sinema and Collins.