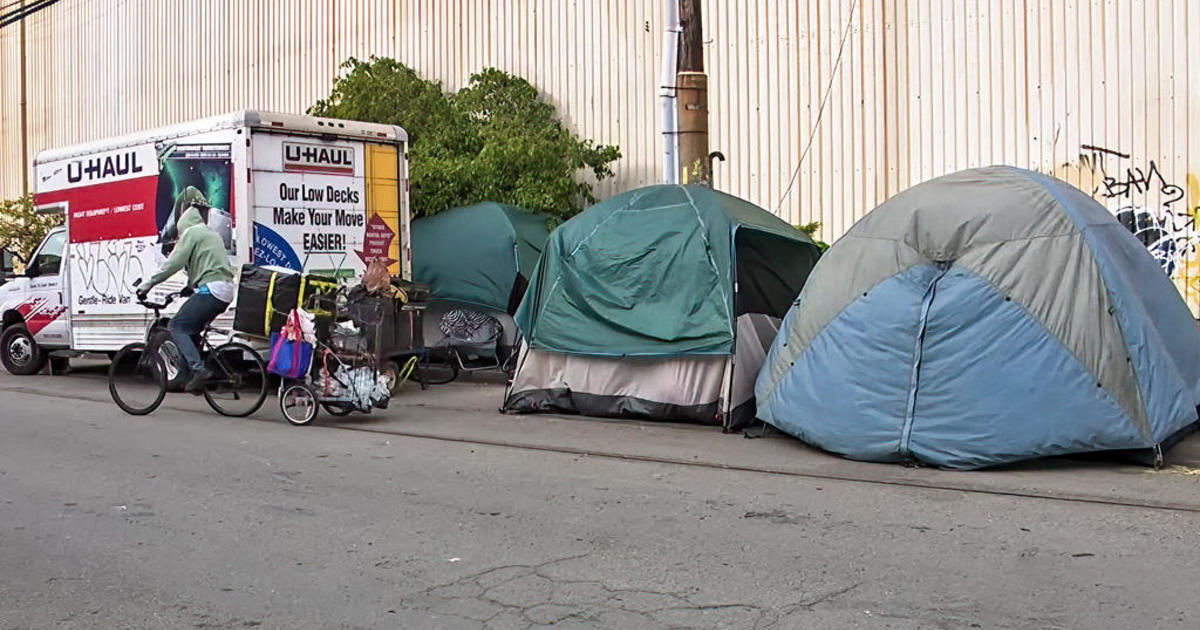 BERKELEY (KPIX) — For years, roughly 160 people made their homes between exits along Interstate 80 in Berkeley.

While many have found shelter. about a dozen people are still left out on the streets.

“It’s not only physically exhausting, it’s emotionally and mentally debilitating. You get worn down. It’s hard to get up every day,” she told KPIX.

Sarah has been on the move after her homeless encampment along I-80 was cleared. She’s tired and says she wants only one thing: “Just a place to live, you know?”

Sarah and about a dozen others found a block near the freeway in Berkeley to call home for now but she says she’s been harassed by security guards from neighboring businesses.

Andrea Henson, a civil rights attorney who helps the homeless, heard about the harassment and decided to set up a tent next to her clients.

“I’ll put my tent up and you have me. No one is going to come and talk to you that way and we’re going to find out who this is and I’ll deal with it. I’ll defend you,” Henson said.

Henson has been working with this group since 2019 to help them find housing. While others were placed in congregate housing, Henson says these residents have special needs.

“The folks that were left were the most disabled so they couldn’t go into congregate shelters because they had serious disabilities — mental disabilities that prevented them from being around strangers,” she explained.

Henson says her clients have spent years on waiting lists trying to navigate the system. Lawyers with the nonprofit “Where Do We Go Berkeley” (and specifically Henson) have given this group hope that they will soon have a roof over their heads.

“She definitely gives us wind beneath our wings kind of thing,” Sarah T. said.

“I help them right where they are and I’m very passionate as a civil rights attorney. I want to help those that no one will help,” Henson said.