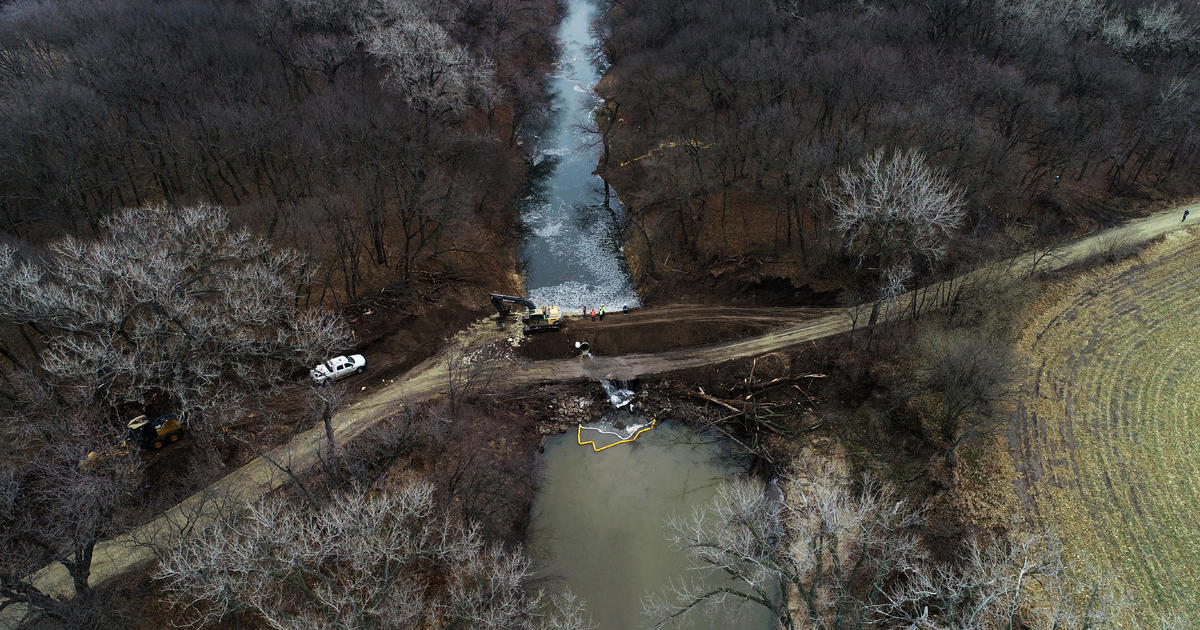 A damaged section of the Keystone Pipeline that spewed about 14,000 barrels of oil into a Kansas creek has been repaired, Canadian pipeline operator TC Energy announced Thursday.

“After completing repairs, inspections and testing we proceeded with a controlled restart of the Cushing Extension, safely returning the Keystone Pipeline to service today,” TC Energy said.

The company said the pipeline system, which stretches more than 2,600 miles from Canada to the U.S., is “operational to all delivery points,” and that it plans to introduce more “risk-mitigation” such as reducing the operating pressures.

“We maintain our commitment to our ongoing safety-led response and will fully remediate the incident site,” TC Energy wrote. “We will share the learnings from the investigation as they become available.”

This isn’t the first time the pipeline has had to shut down. According to data from the U.S. Government Accountability Office, the Keystone Pipeline has had nearly two dozen accidents since it first went into service in 2010.

However, most of the 22 accidents have resulted in fewer than 50 barrels of oil being leaked, compared to this latest spill, the pipeline’s largest to date.

Tre’Vaughn Howard is a producer and journalist for CBS News, focusing on international and culture stories.