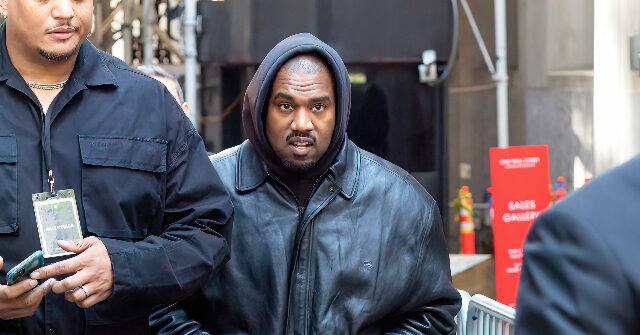 Rapper and fashion mogul Kanye West showed up uninvited with a film crew to the Skechers headquarters in Los Angeles in hopes to sell his Yeezy shoes and was immediately turned away by security.

The “Jesus Walks” singer reportedly showed up to the Skechers headquarters in Manhattan Beach with a film crew and was instantly turned away by security due to the “illegal filming,” according to a statement from the company.

“Kanye West — also referred to as Ye — arrived unannounced and without invitation at one of Skechers’ corporate offices in Los Angeles,” the company said on Wednesday. “Considering Ye was engaged in unauthorized filming, two Skechers executives escorted him and his party from the building after a brief conversation.”

The company further condemned West’s antisemitic remarks and that it has no intention of working with him.

“Skechers is not considering and has no intention of working with West,” it said. “We condemn his recent divisive remarks and do not tolerate antisemitism or any other form of hate speech. The Company would like to again stress that West showed up unannounced and uninvited to Skechers corporate offices.”

#KanyeWest showed up at Skechers headquarters in California today, unannounced and uninvited. Company officials say he was immediately escorted out of the building and executives say they have no intention of working with Ye. pic.twitter.com/igrLAKdeMz

As noted by TMZ, it is highly unlikely that Skechers would ever consider working with West considering that its founders, Robert Greenberg and his son Michael, were both Jewish.

Kanye’s billionaire status took a nosedive this week when his longtime shoe partner, Adidas, ended its deal with him after various anti-hate groups petitioned the company for over a week in the wake of his antisemitic remarks.

“Adidas does not tolerate antisemitism and any other sort of hate speech,” the company said. “Ye’s recent comments and actions have been unacceptable, hateful and dangerous, and they violate the company’s values of diversity and inclusion, mutual respect and fairness.”

“After a thorough review, the company has taken the decision to terminate the partnership with Ye immediately, end production of Yeezy branded products and stop all payments to Ye and his companies. Adidas will stop the Adidas Yeezy business with immediate effect,” it added.

Immediately after Adidas dropped out, Gap announced it pulled all of West’s Yeezy merchandise and shuttered YeezyGap.com.

“Our former partner’s recent remarks and behavior further underscore why we are taking immediate steps to remove Yeezy Gap product from our stores,” Gap said.

The company further added that “antisemitism, racism and hate in any form are inexcusable and not tolerated in accordance with our values.”

West’s talent agency CAA has also cut ties with West after Endeavor and WME mogul Ari Emanuel penned a column in the Financial Times saying that the business community must cut ties with West for his antisemitism. “Those who continue to do business with West are giving his misguided hate an audience,” Emanuel wrote.