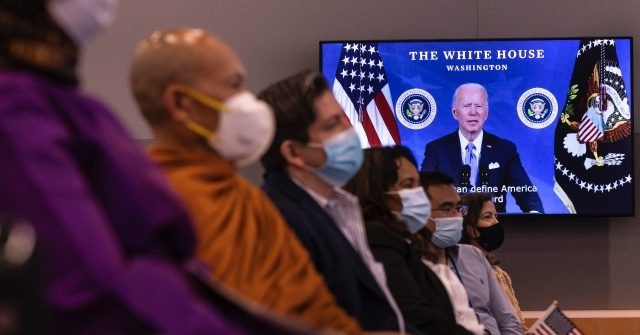 In early 2020, the Trump administration finalized a federal regulation known as the “public charge” rule that made it less likely for foreign nationals to secure green cards to permanently reside in the United States if they had previously used welfare programs like food stamps, Medicaid, or taxpayer-funded housing programs.

Almost immediately after taking office, Biden threw out the finalized public charge rule imposed by the Trump administration, blowing open the door for welfare-dependent legal immigration to the United States, for which American taxpayers will ultimately foot the bill.

Late last week, USCIS started imposing Biden’s public charge rule which specifies that foreign nationals with a history of welfare dependency will not be excluded from seeking green cards to permanently resettle in the United States.

When Trump first issued the Public Charge rule in 2019, polls found that the policy was overwhelmingly popular with Americans. About 6 in 10 Americans said they supported ending welfare-dependent legal immigration, including 56 percent of Hispanics and 71 percent of black Americans.

In 2017, the National Academies of Science noted that state and local taxpayers are billed about $1,600 each year per immigrant to pay for their welfare and revealed that immigrant households consume 33 percent more cash welfare than American citizen households. 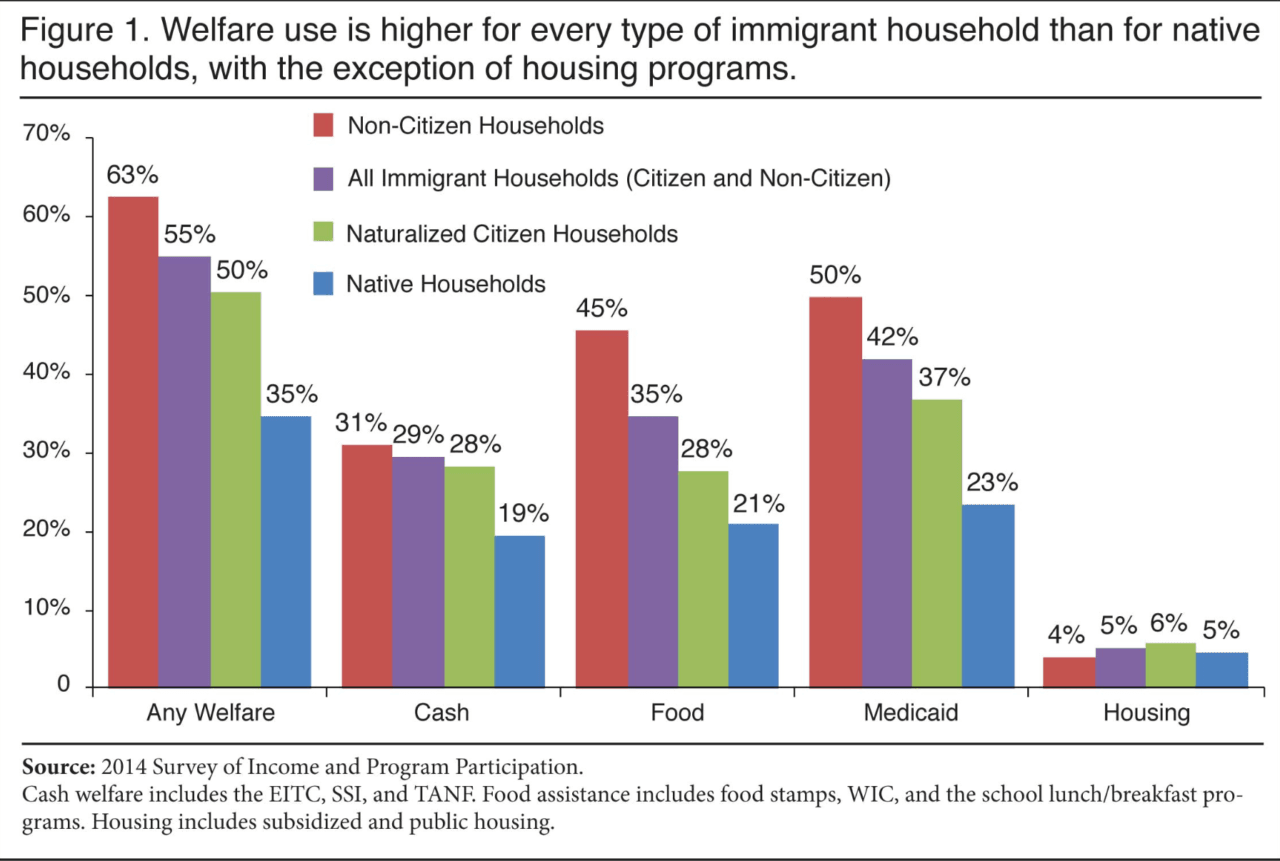 Chart via the Center for Immigration Studies