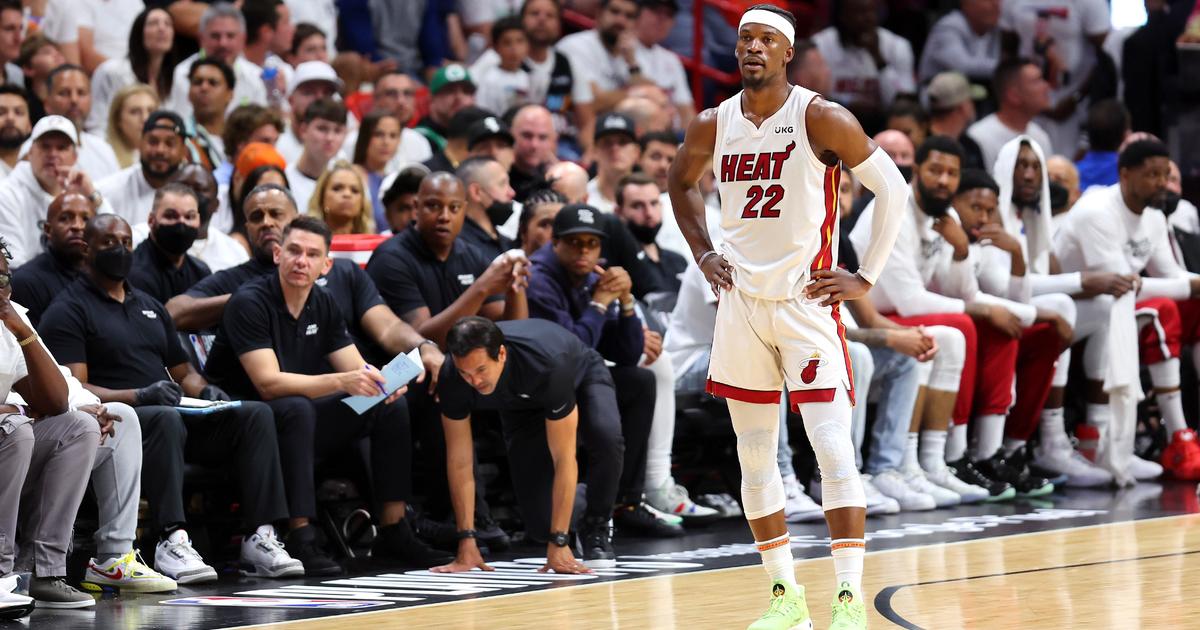 BOSTON — Nobody was better than Jimmy Butler in the opening game of the Eastern Conference finals between the Boston Celtics and Miami Heat. Game 2 … was a different story.

Two nights after dropping 41 points while pulling down nine rebounds, dishing out five assists, blocking three shots, and recording four steals, Butler’s Game 2 performance could better be filed under “good, not great.” He scored 29 points, with the rebounds dropping to six, the assists dropping to three, the steals dropping to one, and the blocks dropping to zero.

It wasn’t a bad game, but it wasn’t the superstar-level performance that Butler put forth in Game 1. The Heat ended up losing this one by 25 points.

After that loss, Butler said he and his Heat teammates have no choice but to feel embarrassed.

“I don’t like to move on from this because it has to hurt. They tried to embarrass us. They did embarrass us,” Butler said. “So I think we’ve got to realize that — use it as fuel, whatever you want to say — but realize the game can get out of hand when you’re playing against a really good team like them that can score the ball and get stops.”

Though Butler led the heat in scoring and was tied for having the most assists in the Game 2 loss, he put much of the blame on his own shoulders.

“I think I got a bit selfish on the offensive end,” Butler said. “I’ve got to look to use my teammates. They have been there for me all year long and I’ve got to get back to that because whenever they are scoring, whenever they are aggressive, we are a much better team.”

As for the embarrassment? Butler doesn’t anticipate that feeling will last too long.

“I look at it as it can’t get too much worse,” Butler said. “They whipped our tail on our home floor. I guess if they do it on their home floor, it’s supposed to happen, but I don’t see us doing that again. I mean, the first half has been brutal for us in both of these games. We’ve just got to come out and then play harder from the jump and be ready because they will be throwing some haymakers in the first half.”