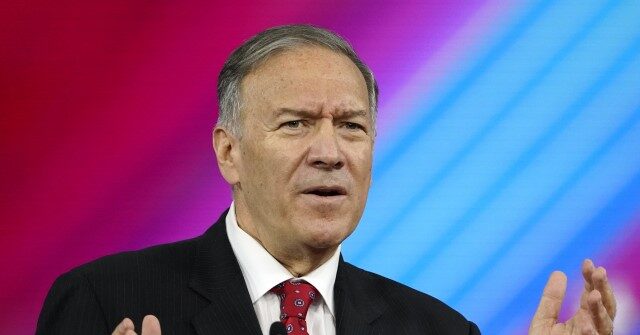 Thursday, during an appearance on FNC’s “The Ingraham Angle,” former Secretary of State Mike Pompeo offered details of his interaction with the January 6 House Select Committee.

According to Pompeo, the January 6 Committee had already come to a conclusion and was trying to find details to bolster its conclusion.

INGRAHAM: All right. I know you’re interviewed by the January 6 Commission. What can you share about your lovely time with them?

POMPEO: They were chasing witches, right. This was a far field wandering interview. I spoke the truth to them. I can’t tell you the details, Laura. They were looking for discussions about the 25th Amendment, discussions that I never seriously undertook with any of my counterparts. They were looking to build a storyline, the conclusion of which was already written.

INGRAHAM: Your reaction to what Mike Pence said up in New Hampshire about how people shouldn’t criticize the – Be careful about criticizing the FBI, because that’s criticizing the rank and file. I like Mike Pence very much. He’s an old friend going back 20-plus years.

But I was a little surprised by that. Your reaction to what he said.

POMPEO: We all have friends. I’ve got two folks who used to work on my congressional staff who are now young, kickbutt FBI agents all across America. Good people, hard-working folks that care about America.

But when you have a politicized leadership, when you have McCabe lying, losing his job, and then now being the spokesperson on CNN. When you see the FBI engage in this kind of activity, it’s so deeply troubling. One can easily, easily take on the FBI leadership without maligning in any way.

Those folks are out there trying to keep our streets safe and keep us safe from crime all across the country.