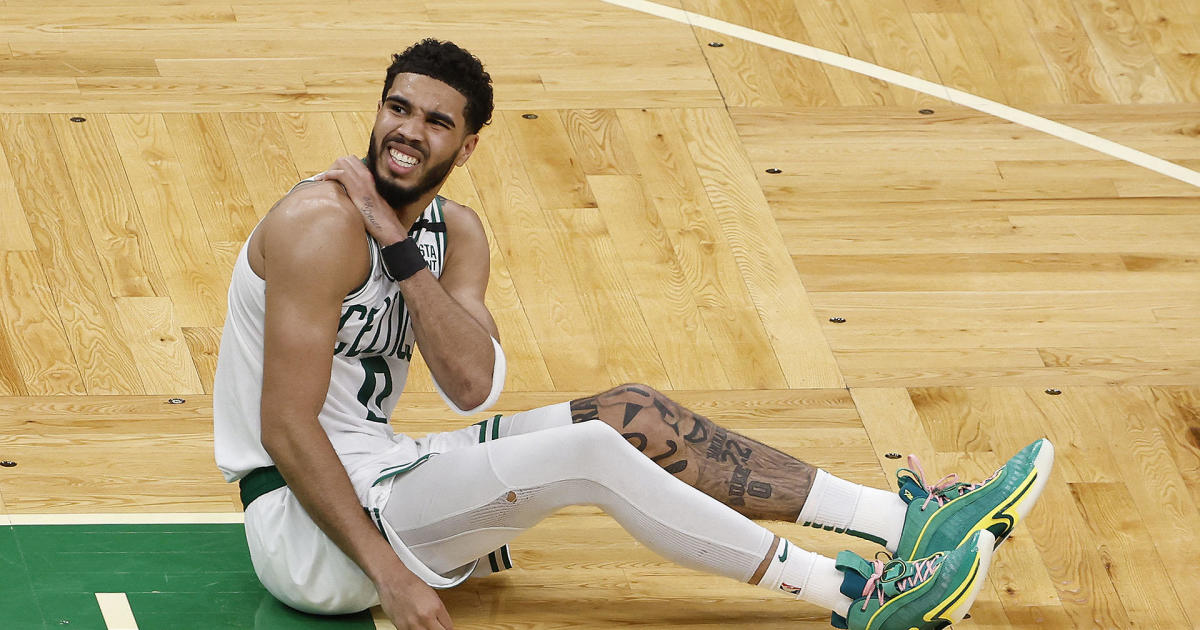 BOSTON — Something is up with Jayson Tatum. He had a horrid start to Game 5 of the Eastern Conference Finals against the Heat, and the Celtics’ star may be dealing with a shoulder injury.

It’s the playoffs, so no one is completely healthy. But Tatum was clearly bothered by his right shoulder in the early goings of Game 5.

He was slow to get off the floor after running into a sea of Heat players, and then rubbed his shoulder and wrist as he made his way to the bench, where he received some treatment.

Tatum hit just one shot in the first half of Game 5, going 1-for-9 from the floor for four points. He front-rimmed most of his misses and looked like he was either grabbing his shoulder or flexing his hand and fingers after most possessions.

But ESPN reported that Tatum received no treatment on his shoulder at halftime.

Tatum still managed to make an impact on the game with five assists, but the Celtics need him to score in the low-scoring game. Boston trailed 42-37 at halftime.