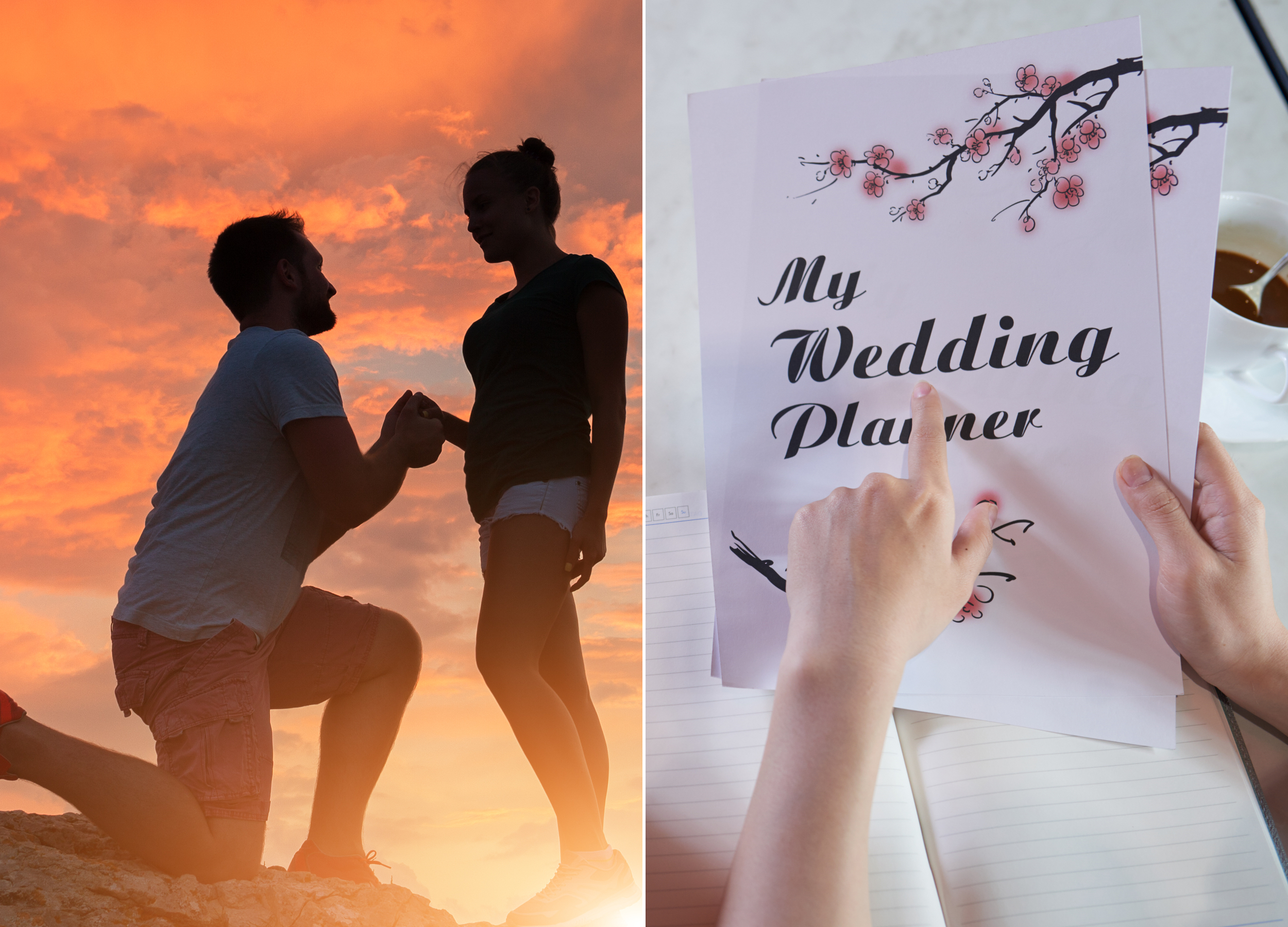 The internet has praised a woman who booked a venue for her future wedding before she had even gotten engaged.

On Wednesday, couple Hunter and Libby, who use the TikTok handle hunnaxlib, shared a video revealing what Libby had done. In the video, Hunter sees the application submitted on the computer and asks his girlfriend: “Sweetheart, we’re not even engaged, what is this?”

Libby looks bashful and responds: “So… The place I want to get married at is a three-year wait so I applied for it.”

Hunter was delighted by the booking, laughing and telling his girlfriend: “You’re so cute.”

While Libby may still be waiting, research from the Wedding Wire 2020 Newlywed Report found that over 40 percent of proposers start putting plans in place one to three months before popping the big question.

Over 90 percent of couples announce their big news on social media, with the majority revealing it within a day or two of their engagement. Wedding Wire also reported that over 87 percent of proposers planned the big moment ahead of time, and 84 percent performed the classic action of getting down on one knee.

With more than 4 million views, TikTok users have loved the interaction and overwhelmingly praised the woman’s “smart” move.

“A girl like her is hard to find, love her confidence,” wrote one commenter. While another said: “I did this now I’m married to him so hey—it works lol.”

“She definitely left it there for you to find,” joked another TikTok user. Meanwhile, another commenter said she was simply “manifesting.”

But not all viewers were as impressed with the early booking, with some commenters suggesting it was a “red flag.” One commenter wrote: “Bro. Run.” While another TikTok user said: “How is he not seeing this as a red flag?”

Many though agreed that due to the three-year wait, there was no rush, with one commenter even remarking: “So basically with or without she is getting married in 3 years.”

Another commenter said: “Just saying. You don’t have to be engaged to start planning your wedding,” and one TikToker wrote: “It’s three years out, if they end up engaged then she’s got the venue of her dreams, if not, well then no worries right?”

In a later video, Hunter shared his girlfriend’s reaction as he told her that he can’t wait to marry her. In the comments, he asked for viewers’ proposal ideas, hinting that the big day is definitely on the horizon.