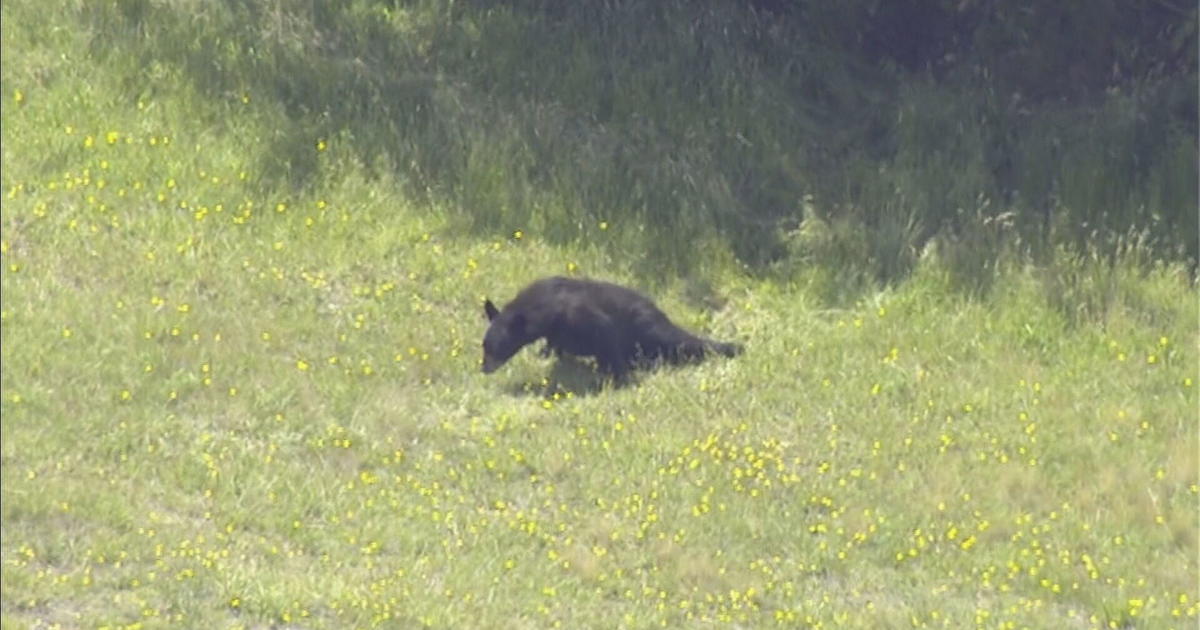 RAYNHAM – Police safely moved an injured bear from the median of Interstate 495 near the Bridgewater-Raynham line early Thursday afternoon.

Massachusetts State Police and Environmental Police were in the area for more than an hour monitoring the bear’s movements in the woods between the north and southbound lanes of 495 near Route 24.

SkyEye video captured the bear attempting to hobble out of the woods before police arrived. The bear was struggling with an apparent injury to its back leg.

After briefly moving toward the highway, the bear limped back into the woods.

Troopers shut down traffic in both directions periodically while trying to get the bear to come out.

Around 12:30 p.m., Environmental Police were able to sedate the bear, load it into the back of a pickup truck and drive it away safely.