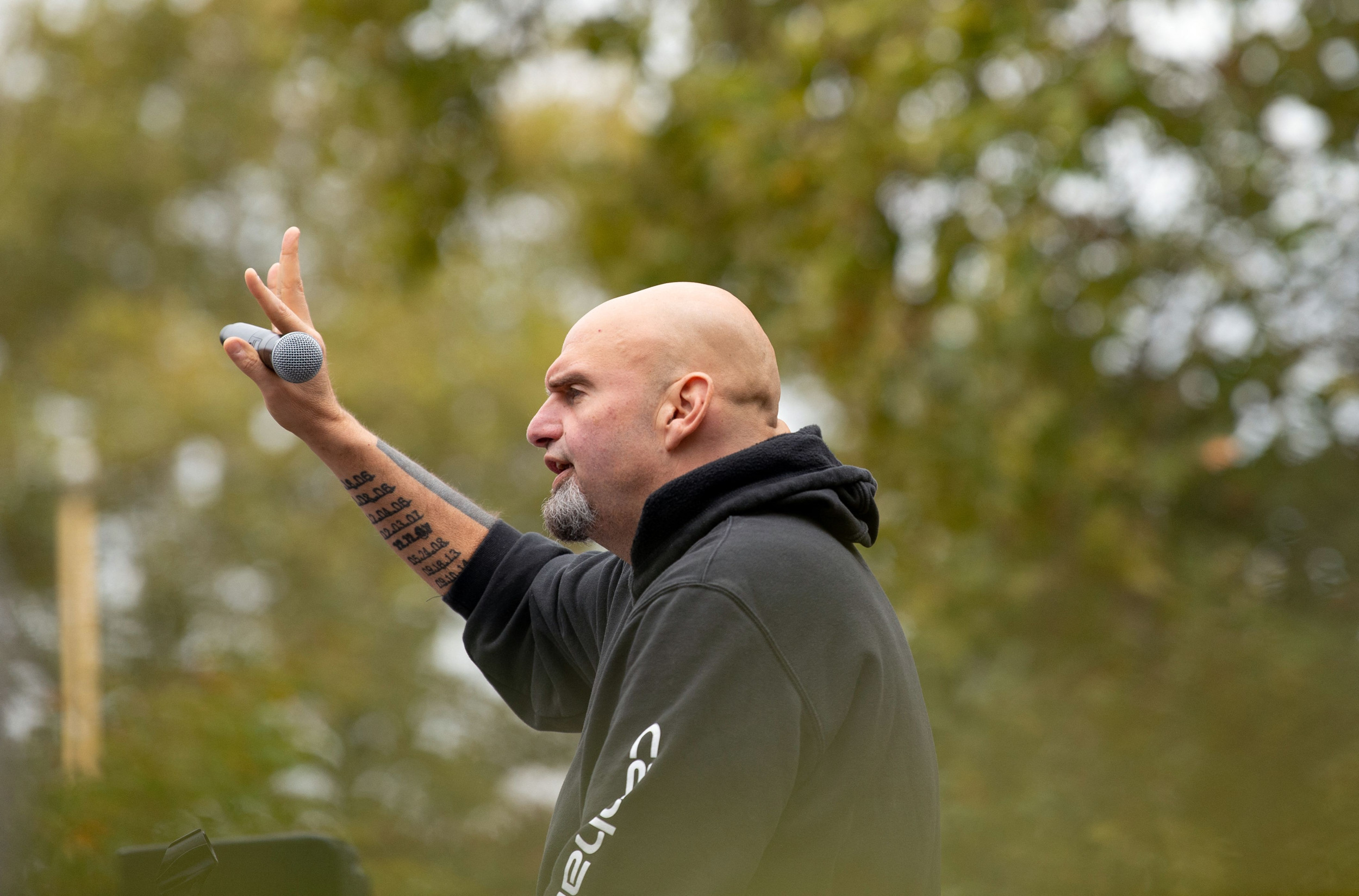 John Fetterman’s campaign for Pennsylvania Senate is getting a boost from a candidate who dropped his independent bid and endorsed the Democrat out of concern for the future of U.S. democracy.

Everett Stern announced his withdrawal in a tweet on Tuesday afternoon, citing his low polling numbers in the race that could determine which party controls the Senate. Stern said in a video posted online that Pennsylvania needs to elect a Democrat because the Republican in the race, Dr. Mehmet Oz, has the backing of former President Donald Trump. The endorsement from Stern, a former Republican, comes hours before Fetterman and Oz are scheduled to square off in their only debate.

“I am polling around 3% which places Democracy at risk,” Stern said. “In the interest of protecting the United States I am dropping out of the U.S Senate Race in PA. I fully endorse John Fetterman. The Democrats must win. PA must be Blue. It has been an honor running.”

Stern previously withdrew from the Republican primary for Senate and said that Flynn had filed a $250 million federal defamation lawsuit against him in May. The lawsuit, filed in Florida district court, targets Stern for his previous remarks calling Flynn a traitor who headed a domestic terrorist group.

The former candidate said in October 2021 that representatives of Flynn had approached him with the aim of drumming up support for “audits” of the presidential election. Stern described the audits as baseless and designed to back up Trump’s exhaustively debunked claims that the 2020 presidential was rigged in favor of President Joe Biden.

“I’m not afraid of his right-wing extremist groups by any stretch of the imagination,” Stern said in the video, noting that he would be facing Flynn during a hearing scheduled on Wednesday. “I’m here to protect democracy. This is about country over party.”

The most recent forecast from poll tracking website FiveThirtyEight gives Fetterman the edge in the race with a 59 in 100 chance of winning to Oz’s 41 in 100 chance. The website currently says it’s a “dead heat” for which party controls the Senate.

Fetterman had earlier emerged as the frontrunner after criticizing Oz, a celebrity physician and television personality, for his wealth and recent move from New Jersey to Pennsylvania.

The race has tightened over concerns of potentially lingering effects from a stroke Fetterman experienced in May, however, and Oz’s criticisms of the Democrat’s positions on crime and the economy. Fetterman released a letter from his doctor last week saying the candidate is “recovering well” and “can work full duty in public office.”

Fetterman and Oz square off in Harrisburg on Tuesday at 8 p.m. local time for their only televised debate.

Newsweek reached out to the Fetterman campaign for comment.