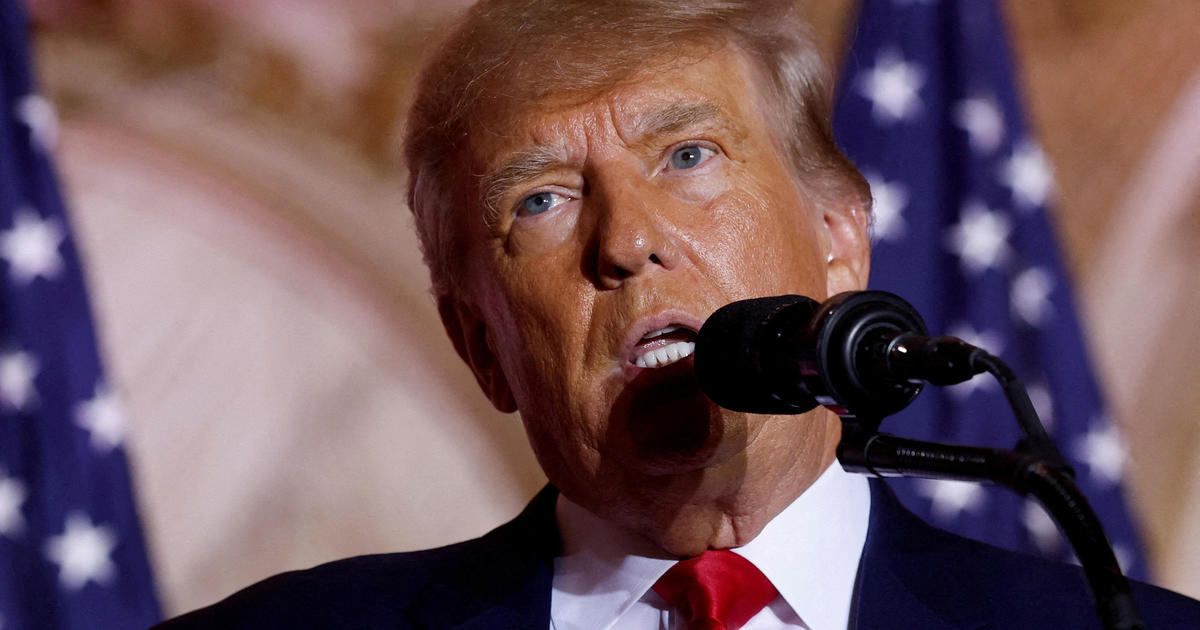 Anthony Ornato, a former White House deputy chief of staff in the Trump administration as well as a former longtime Secret Service official, repeatedly told the Jan. 6 House select committee that he had no recollection of a heated interaction between former President Donald Trump and U.S. Secret Service agents, according to a transcript of his testimony, released Friday.

Details of the alleged encounter first drew attention in June, when former White House aide Cassidy Hutchinson told the committee of Trump’s desire to go to the Capitol with his supporters, recounting the alleged demand in explosive public testimony.

Hutchinson testified before the committee that she spoke with Ornato in a room with Robert Engel, the Secret Service special agent in charge on Jan. 6. According to Hutchinson, during the meeting, Ornato conveyed that the president became “irate” in his vehicle when he was told that he could not go to the Capitol, saying something to the effect of “I’m the effing president, take me up to the Capitol now.”

When informed that he had to return to the West Wing, Trump reached up to the front of the vehicle to grab at the steering wheel, prompting Engel to grab his arm, Hutchinson said she was told by Ornato, at the time. The president then used his free hand to lunge towards Engel, she said, noting that Ornato “motioned towards his clavicles” when describing the incident.

“I don’t recall being made aware of anything that took place with the president in his motorcade from the Ellipse back to the White House,” Ornato testified on Nov. 29 — according to the just-released transcript — when confronted about his conflicting account.

“So Mr. Ornato, it’s your testimony that the meeting itself was not even really a meeting. The way that you’ve described it, Mr. Engel stuck his head in your office, you had a brief exchange, and, as you described it, that was the end of it,” Rep. Liz Cheney, the committee’s vice chair, countered. “That’s inconsistent with the testimony that we’ve received, as I said, from multiple other witnesses.”

Ornato, a 25-year veteran of federal law enforcement who served under five presidents, retired from the Secret Service in August.

In several appearances before the committee, Ornato’s account deviated from that of Ms. Hutchinson and several other interviewees.

“I don’t recall any conversation taking place about the possible movement of the president to the Capitol,” Ornato told members of the committee during his interview under oath, on Nov. 29.

Earlier this month, the committee released an executive summary of its report, outlining Trump’s efforts to go to the Capitol following his rally on the Ellipse.

“Ornato does not recall that he conveyed the information to Cassidy Hutchinson regarding the SUV, and also does not recall that he conveyed similar information to a White House employee with national security responsibilities who testified that Ornato recalled a similar account to him,” according to the executive summary released by the committee. The committee went on to say they are “skeptical” of Ornato’s account, and obtained evidence from several sources about a “furious interaction” in Mr. Trump’s SUV, following his address to supporters.

“Mr. Ornato remained cooperative during the entirety of the committee’s investigation, and testified truthfully before the committee on three occasions,” Kate Driscoll, an attorney for Ornato, said in a statement to CBS News. “It is clear from the Introductory Material to the Final Report that the committee did not fully appreciate or understand Mr. Ornato’s role and responsibilities as the Deputy Chief of Staff for Operations. Most of the committee’s questions were about emails that he neither sent nor received. It is also clear that they did not fully appreciate or ignored Mr. Ornato’s testimony regarding the President’s request to go to the Capitol.”

“The vast majority of witnesses who have testified before the Select Committee about this topic, including multiple members of the Secret Service, a member of the Metropolitan police, and national security officials in the White House, described President Trump’s behavior as ‘irate,’ ‘furious,’ ‘insistent,’ ‘profane’ and ‘heated,'” according to the executive summary.

During an interview with the committee in March 2022, Ornato also told committee members and staff he did not recall if he forewarned the president of a group coming to Washington, D.C., on Jan. 6, but would have been responsible for ensuring the president was “tracking the [demonstrations.]”

“I don’t recall,” Ornato said, according to an excerpt of his interview released by the committee. “However, in my position I would’ve made sure he was tracking the demos, which he received a daily brief, presidential briefing. So he most likely was getting all this in his daily brief as well. I wouldn’t know what was in his intelligence brief that day, but I would’ve made sure that he was tracking these things and just mentioned, ‘Hey, are you tracking the demos?’ If he gave me a ‘yeah’, I don’t recall it today, but I’m sure that was something that took place.”

According to the committee, “Ornato had access to intelligence that suggested violence at the Capitol on January 6th, and it was his job to inform Meadows and Trump of that.” Although Ornato told congressional investigators that he did not recall doing so, the committee “found multiple parts of Ornato’s testimony questionable.”

“The Select Committee finds it difficult to believe that neither Meadows nor Ornato told Trump, as was their job, about the intelligence that was emerging as the January 6th rally approached,” the committee wrote in their executive summary. “Hours before the Ellipse rally on January 6th, the fact that the assembled crowd was prepared for potential violence was widely known.”

According to the committee, the Secret Service produced nearly a million new internal documents in August and September of this year. Members wrote in a footnote of the executive summary that, “the committee has enormous respect for the U.S. Secret Service and recognized that the testimony regarding their work is sensitive for law enforcement, protectee security, and national security reasons.”

CBS News has reached out to the Secret Service for comment on Friday’s testimony.

Ornato’s interview with congressional investigators also revealed that Secret Service and White House officials were made aware of a White House tour granted to Proud Boys leader Enrique Tarrio on Dec. 12, 2020, in the days leading up to his arrest.  On Dec. 12, 2020, an email thread from a Secret Service agent at the Washington field office to a group of USSS officials, forwarded onto Ornato, indicated that Enrique Tarrio received a tour of the White House, according to communications handed over to the committee.

“For your awareness, the [Joint Operations Center] was notified that the below individual was part of a White House tour this morning. The individual is the leader of the Proud Boys. There is no known media coverage at this point,” the email read.

A follow-up email from Secret Service official Ron Rowe to Engel reads: “Can we get some specifics on who submitted him for the tour? Why didn’t we pick up on his role/membership in the Proud Boys?”

During his testimony, Ornato told the committee he does not recall briefing then-White House chief of staff Mark Meadows, or anyone else, about Tarrio’s foray into the White House, but would have relayed that kind of information up the chain of command. Ornato speculated that he was alerted because “there would’ve been negative media coverage.”

At the time, a White House spokesperson, Judd Deere, told CBS News that Tarrio attended a public White House Christmas tour and “did not have a meeting with the president, nor did the White House invite him.”

The former Proud Boys leader and four lieutenants have since been charged with seditious conspiracy, namely conspiring to stop the peaceful transfer of presidential power by storming the Capitol on Jan. 6 and attempting to block Congress from certifying the election. Jury selection for the trial is slated to resume on Jan. 3 following a holiday break, according to court records.

Rob Legare contributed to this report.

Assault On The U.S. Capitol