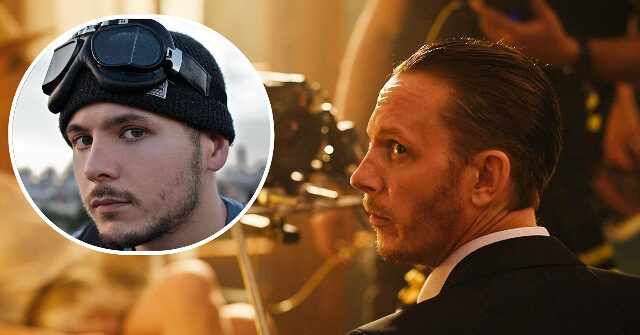 Tim Pool, host of the popular eponymous Timcast IRL podcast, heralded the production of My Son Hunter as an important example of creating cultural content to compete with and dissent from the woke corporate entertainment establishment.

“This is a movie called My Son Hunter, and it’s about the Bidens, and I want to say culture is everything,” Pool said.
He echoed a maxim of Andrew Breitbart, saying “Politics is downstream from culture.’ Culture influences. Culture inspires, and culture decides whether or not a law truly stands on the books.”

“Building culture is the most important thing we can do, and that’s why I think the movie you guys are doing is so important,” Pool said, adding “I’m excited for this.”

Southern said, “There’s nothing more important that you can be doing right now than supporting art that isn’t communist.”

Davi stated, “We have to become culture warriors.”

Breitbart News reported on Pool’s entry into the music business with his first single:

The unclassifiable social media superstar Tim Pool has amassed an enormous online following — garnering nearly a half-billion YouTube views — by embracing an anti-establishment and anti-woke worldview that doesn’t adhere to conventional partisan politics. His foray into music represents a continuation of that mindset, with the recent self-release of his single “Only Ever Wanted.”

The song is Pool’s first to be released through his own label, Timcast Records. After telling his millions of followers to check it out, “Only Ever Wanted” surged in the charts, reaching the No. 2 spot in iTunes’ Top 10 Song Charts — just below Britney Spears’ first new song in six years — and the No. 1 spot in Alternative Rock.

My Son Hunter marks Breitbart’s expansion into film distribution.
The film is available for PRE-ORDER NOW at MySonHunter.com and becomes available for streaming and downloading September 7.  The trailer has already been viewed over 4.5 million times across social media.