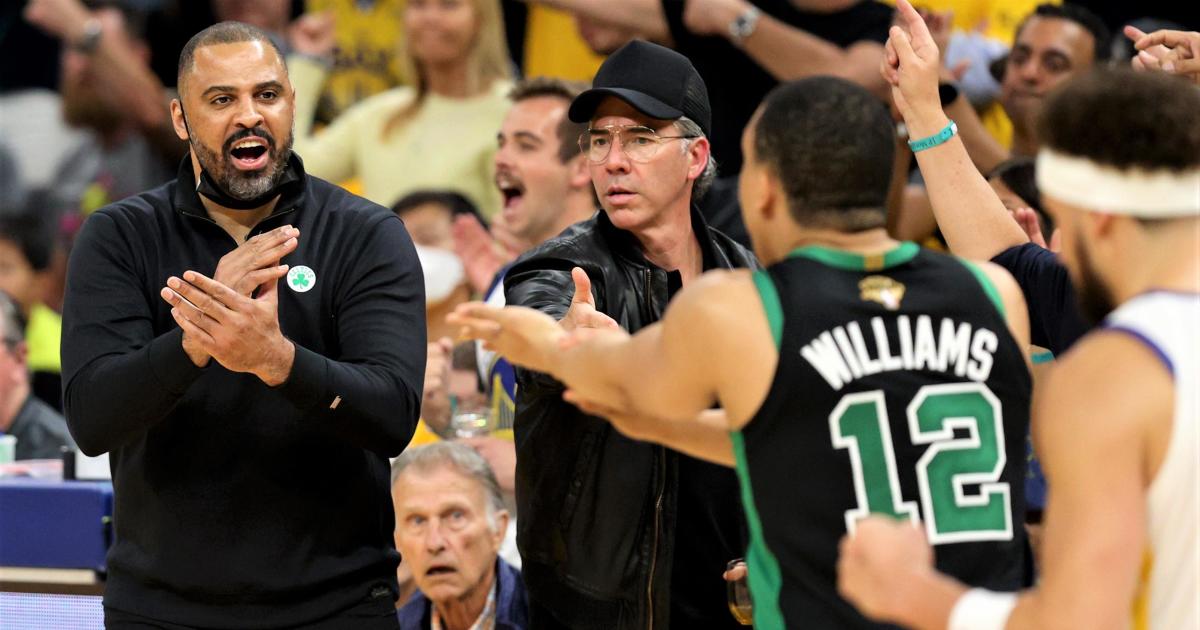 BOSTON — Ime Udoka liked what he saw from Payton Pritchard and Grant Williams all season long, and he liked what he got out of Derrick White after the trade deadline.

Still, when it came time for the Finals, leaning on that trio for scoring against a skilled Warriors team became a bit too much.

Clearly, the Celtics could have gotten some better contributions off the bench in that six-game series loss, and Udoka said he’s hopeful that the team adds a bench scorer to the mix this summer.

“For us, consistent scoring off the bench is a huge key. You’d like to look at certain positions, and I think we have a lot of things covered, but can always have additions with the trade exceptions we have. So we’ll take a look at a certain amount of names that are available possibly and see if we can fit anything in numbers-wise. But I think there are some things to address,” Udoka said Friday. “I think a thing that stood out a little bit in the Finals was our bench scoring, kind of solidifying that with veteran roles off the bench. We have some young guys that we relied on — you know, Payton, Derrick, Grant and those guys grew tremendously throughout the year, and we need to see more of that. But certain positions and roles need to be touched on. And we have a good amount of names that we’re looking at, and hopefully some of those things work out for us.”

Udoka did add that there’s an expectation for the roster to improve, so that the team enters next year better than where it was entering last year. And he also expressed optimism that the Celtics’ run to the Finals with 24-year-old Jayson Tatum and 25-year-old Jaylen Brown leading the way will help make Boston a more appealing destination to players around the league. He said he witnessed that in San Antonio, when a young Kawhi Leonard won Finals MVP and helped draw the likes of LaMarcus Aldridge and David West to the Spurs.

“I think great players attract others. Guys talk to each other throughout the season, definitely in the offseason. And just being on that stage and watching the growth of our young guys, I think that’s appealing to other players. When you’ve got a guy like Jayson, Jaylen, and these guys that have a bright future and you start to look at longevity and consistency across the board, I think that’s appealing to other guys,” Udoka said. “Players always want to play with other great players. And that’s the benefit for us going forward.”

Udoka also couldn’t hold back a little excitement when he was asked about the Celtics’ draft pick, young JD Davison out of Alabama. Though Udoka — like Brad Stevens a night earlier — was careful to not place any undue expectations on the rookie, he did not that draft position does not preclude a player from anything in the NBA. Udoka touched upon his own experience of working with Manu Ginobili (57th overall pick) and Tony Parker (28th overall pick) as proof that there’s always a way to find “diamonds in the rough.”

“I probably caught less college basketball than ever this year. But he did stand out,” Udoka said of Davison. “Specifically, I saw the hair and I saw him flying around when I did catch Alabama games, so he stood out right off the top. His athleticism, his youth and energy, a young guy — obviously a freshman — and tremendous explosion. So with him, extremely happy to have him, getting him that late in the draft.”