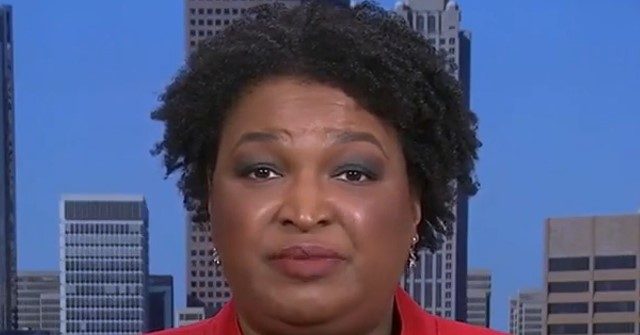 Democratic Georgia gubernatorial candidate Stacey Abrams said Friday on MSNBC’s “All In” that she is “converted” with “zeal” to an unequivocal supporter of the right to abortion access.

Abrams said, “I’m unequivocal. I believe in their right to an abortion. And this is something I came to over many years. I grew up in the deep South in a religious community, where the question of abortion was almost unequivocally no. But it took my exposure to a broader set of conversations, including to a friend, dear friend in Mississippi who had to make a tough choice without the support she needed, without support from me, for me to start to think about what does that mean.”

She added, “You may not choose abortion for yourself, but almost a majority of Americans believe you should have the right to make that decision. This is not a conversation for politicians, is a conversation between a doctor and a pregnant person, a pregnant woman to have the conversation with her doctor and her family about what makes sense. I don’t even say I evolved I call myself converted. I come to this with the zeal of a converted. I understand the concerns that people have. Martin  Luther Junior once said that he cannot segregate his moral concerns. You cannot believe that it’s okay to steal the ability to women to have bodily autonomy and say you believe in human civil rights. I cannot do that, and as governor, I will not do that.”