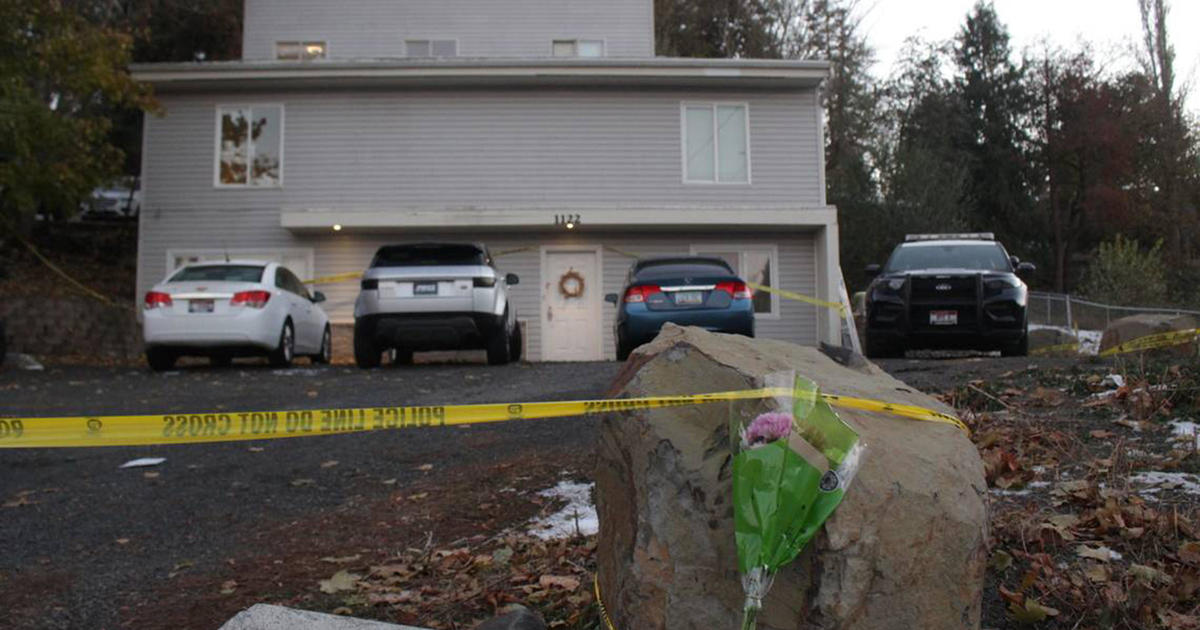 Shanon Gray, the family attorney for Kaylee Goncalves, said the arrest was made in Pennsylvania. A law enforcement source told CBS News he was taken into custody near Scranton.

Word of the arrest came more than six weeks after roommates Goncalves, Madison Mogen and Xana Kernodle were found stabbed to death in their home along with fellow student Ethan Chapin.

Police are planning a news conference at 1 p.m. local time, 4 p.m. ET, to give an update on the investigation.

The four victims were found around noon on Sunday, Nov. 13, after a 911 call to police reported an unconscious person. Officials had earlier described the murder weapon as a large fixed-blade knife.

Mogen and Goncalves were both 21-year-old seniors at the university, and were best friends. The two had been at a downtown bar called The Corner Club that night and stopped at a food truck.

Kernodle, 20, was a junior and dating 20-year-old Ethan Chapin, a freshman. The two had attended a party earlier at the campus house of Sigma Chi, where Chapin was a member.

During the course of the investigation, police said they have fielded more than 16,500 tips related to the slayings, as well as reviewed more than 113 pieces of physical evidence from the home, “approximately 4,000 photographs” and “multiple” 3-D scans that crime scene investigators took, and had conducted “over 250 interviews.” They had initially seized three dumpsters and five cars from the crime scene, but had announced earlier this month they would  start returning some of the victims’ belongings to their families.

“We do have a lot of information, and we are specifically keeping that information safe. We’re not releasing specific details because we do not want to compromise this investigation,” Moscow Police Capt. Roger Lanier said last week. “It’s what we must do. We owe that to the families and we owe that to the victims. We want more than just an arrest. We want a conviction.”

Early on, police had said they did not believe a surviving roommate or the friends who had called 911 had been involved in the killings. They also said they cleared another person, a former sixth roommate who had moved out of the house at the beginning of the school year, and a few other people who had encountered some of the students the prior evening, such as the person who drove Goncalves and Mogen home at the end of the evening.

Rumors and speculation have swirled about the case, circulating online via social media and TikTok, which law enforcement called “a huge distraction.”

“Tracking down rumors and quelling rumors about specific individuals or specific events that may or may not have happened is a huge distraction for investigators and oftentimes is the result of social media propagation. And it is very, very frustrating to investigators and hard to stay on track,” Lanier said last week.