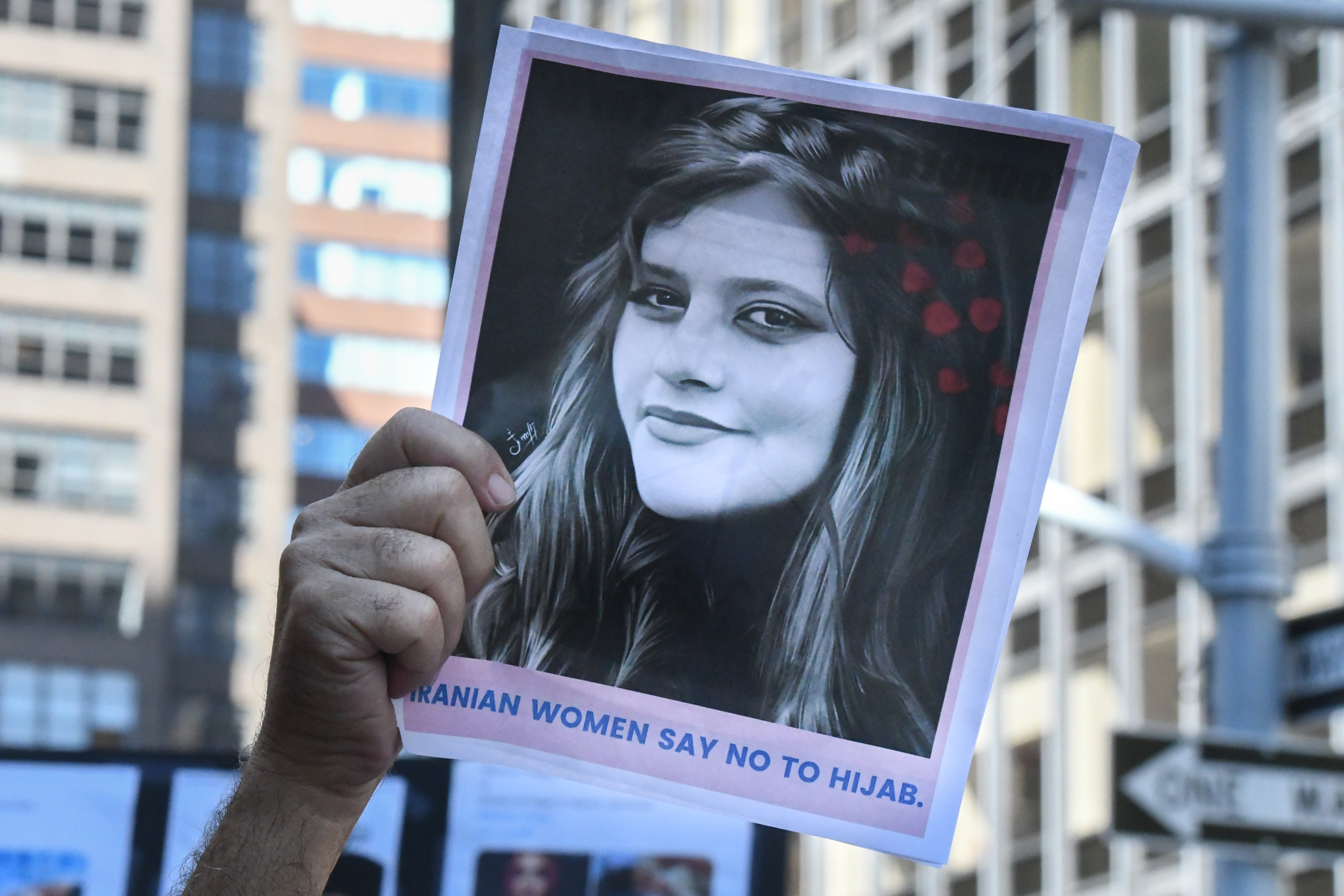 One afternoon, when I was 6 years old, my mother took my sister and I to the bazaar and hid us underneath corn and burlap in the back of a hearse. I didn’t know it yet, but we were escaping Iran.

“Whatever happens, just be quiet,” she whispered to my sister and I.

After she finished covering us, she also snuck into the car. We later joined others in the back of a pick up truck, and as we approached the Iranian border with Pakistan, she revealed what was happening.

“We are leaving,” she said. “And if the authorities catch us trying to escape, we might not make it out of here alive.”

I was terrified. I continued to crouch down and held my breath whenever we hit a bump. After a few hours, I felt the car speeding up and then heard loud bangs. I covered my ears and tried not to cry. The border authorities were shooting at us. Suddenly, I felt a flutter in my stomach as the car seemed to jump into the air. It felt like it crashed on the ground. I thought we were doomed. But thankfully, we just kept going. A short while later, we crossed the border to Pakistan where we stayed for three months, awaiting visas. Eventually, we made it to the United States, where I have been living since.

My family knew we had to leave Iran years before that afternoon in 1985. In fact, we knew as soon as the Iranian Revolution began in 1979 and Ayatollah Ruhollah Khomeini overthrew Shah Mohammad Reza Pahlavi. Among other radical changes, the new government mandated that all women start wearing hijabs. We went from a progressive, free country where women could wear short skirts and go to college and work prestigious jobs to one that would rather we wear the chador and not step out of line.

We got the memo pretty quickly: If you were a woman in Iran, you were a second-class citizen. My parents didn’t want my sister and I growing up in that restrictive society; one they viewed as backwards. We knew we had to leave.

Unfortunately, many women were not lucky enough to escape. Others, like Mahsa Amini, only knew a post-Revolution Iran. Amini, and young women like her, have lived their entire lives under a regime of discrimination and inequality.

Amini, a 22-year-old Iranian-Kurdish woman, died in an Iranian hospital on September 16 while visiting relatives in Tehran. The Iranian regime’s morality police arrested Amini for allegedly not wearing a hijab properly. Witnesses claim they saw her beaten by officers. She later fell into a coma and died. Of course, the Iranian authorities say that Amini had “suddenly suffered a heart problem” that caused her death.

Amini’s passing was a tragedy. But why does it have to take a needless death to bring attention to this barbaric regime? I can’t help but wonder: Where was the international outrage the moment Amini died? Where were the protestors gathering across the globe? It makes me feel hopeless when the women and men in Iran protest and share their stories, but the rest of the world is slow to catch up.

However, seeing more recent protests around the world gives me hope that women can bring to fruition the change that is needed in Iran. Women and men are cutting their hair in solidarity with the women in Iran in moving social media posts that have left me in tears. The #MahsaAmini hashtag has been shared tens of millions of times in grassroots social media support, which reaches far and wide across all age groups. But all of this makes me wonder where Iranians will be left after this protest. What will happen this time? Around 35 people are reported to have been killed already in the protests since Mahsa’s death. How many need to die? The Iranian people are fed up and are dying to create change.

Sadly, Mahsa’s death is not surprising to me, having witnessed this oppressive and brutal government first hand.

My mother and sister were forced to don the hijab in Iran, even though we’re Jewish. I was too young to wear the head covering at the time, apart from in passport photos, but I remember that as bombs from the Iraq-Iran War were exploding close to our home, my mother and sister were concerned about how much of their hair was showing.

My family is Jewish and oppression at the hands of the Islamic Republic of Iran was normal to us. We had no freedom of religious expression. We were forced to wear a hijab despite our Judaism not requiring it. We never mentioned that we were Jewish. But what could we do? In America, there is “cancel culture.” In Iran, you can disappear for weeks or forever.

Little seems to have changed in the 37 years since we fled Iran. In the 21st century, a young woman has died, mysteriously, while in custody. Her crime? She apparently failed to live up to what amounts to medieval standards for modesty.

Yet I believe this could have been predicted. In August, President Ebrahim Raisi signed an official order that further restricts how women can dress. As they are already being banned from public spaces for not wearing the hijab correctly, female government employees who use pictures on social media that do not align with Islamic laws can now be fired, while other women can lose certain rights for up to a year. Those are just the laws on the books. I wonder how many other women will be forced into vans by the morality agents.

For years, much of the Western world has been silent about Iran’s treatment of women. In America, our government pursues diplomacy and nuclear deals with them. It is so incredibly frustrating to witness this. Iran is a country where people scream “death to America” and manufacture American flags in order to burn them. I wonder if now, the West may start to pay attention.

Maybe the United Nations will reconsider allowing Iran to join the U.N. Commission on the Status of Women earlier in 2022, or Twitter will come to its senses and finally kick the hate-spewing Ayatollah off their platform. It astonishes me that we do not pay more attention to the fact that each year, Iran allows thousands of marriages of girls as young as 10 years old.

As women in Iran are taking off their hijabs and burning them in the streets in protest, we must stand by them. Iranian citizens are standing up for Amini, we need to pressure our leaders to take action. I do not believe the mainstream media is giving the death of Amini and the treatment of women in Iran enough attention, so we must. As an influencer with more than 900,000 followers on Instagram, along with many other accounts where I can spread my message, I am trying to show the world what the mainstream media often does not. I share the messages and videos from people in Iran, the interviews I see that give voice to the struggle of women in Iran and information that I hope will help people become more informed about why Iranian women and men are fighting back.

I am hopeful. Iranian women are fed up. They aren’t scared anymore. But they need our support. They cannot change this regime alone. I hope, as the news cycle moves on, the Western world takes a cue from them and are brave enough to stand behind them. Otherwise, we may not get another chance.

Dr. Sheila Nazarian is an Emmy nominated, board certified plastic surgeon in Beverly Hills. She is the founder of Nazarian Plastic Surgery, Spa26, TheSkinSpot.com, and the Nazarian Institute. Dr. Nazarian is the star of the Netflix Original Series, Skin Decision. Follow her on Instagram @drsheilanazarian