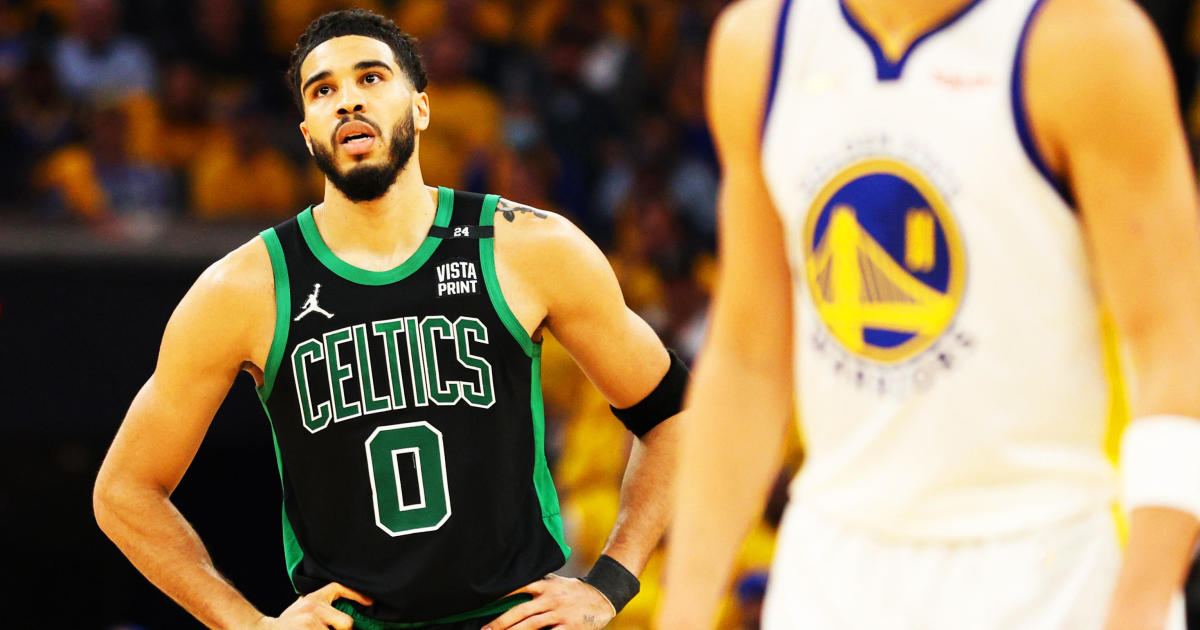 BOSTON — They almost had us convinced.

Sure, they blew Game 5 on their home floor against the Bucks. But they overcame long odds to win Game 6 on the road and Game 7 back home. Because the Celtics have championship resolve.

Sure, they blew their chance at home to close out the Heat in six games, requiring a Game 7 on the road, which they also almost blew. But, hey, Jimmy Butler’s three-ball clanked off front rim, and the Celtics hung on to win, because that’s what championship teams do.

Or so we were led to believe.

While the events of the previous two series could be used as a source of optimism for the Celtics’ current predicament, the reality is a bit more grim this time around. Against a true championship organization, the Celtics are getting worked. Now they’ll need to somehow find a way to beat that collection of champions in two straight games — including on the road in a Game 7 — to fulfill that coronation as a true championship team.

Their odds aren’t looking too pretty.

That’s based on history (teams that have split on the road, then split at home, then lost Game 5 on the road are 7-59 in seven-game series, dating back to 1984). Yet in a much more relevant sense, it’s based on the present.

The Celtics just don’t look like a championship team anymore. At least, not compared to their opponent.

Perhaps things would be different if the Celtics were facing the Mavericks, or the Suns, or the Grizzlies or Jazz. Perhaps the Celtics would have been more prepared to win a title against teams that also hadn’t been to this place before.

But the Warriors, unfortunately for Boston, are chock full of championship experience. And that never showed more than over the past two games.

In the fourth quarter of Game 4 in Boston, it was the Warriors who hit their shots and took care of the basketball, turning a five-point deficit into a six-point lead in less than six minutes. The visiting Warriors won by 10, because they knew what to do.

The Celtics came out on the road in Game 5 and … missed their first 12 3-pointers, missed 10 free throws, fell behind early, melted down the stretch, and once again lost by 10 points.

In a game where the Warriors were called for 28 fouls compared to Boston’s 16, in a game where the Celtics shot more than twice as many free throws as the Warriors, and in a game when Steph Curry scored just 16 points and went 0-for-9 from behind the arc … the Celtics couldn’t even keep it close in the fourth quarter. The Celtics should have entered this game as if it was the biggest game of their lives. And maybe they mentally were in that space. But somewhere in the midst of bricking threes, complaining to the refs, turning the ball over, losing track of Andrew Wiggins, allowing another dagger of a buzzer beater to end a quarter, and displaying zero focus at the free throw line, they lost their way.

There are still, quite obviously, two chances for the Celtics to elevate to that level. They could — and perhaps should — win Game 6 at home. And then, as they say in sports, “anything can happen in a Game 7.” That’s not much substance to lean on, but if the Celtics can pull off two straight wins against the Warriors on that stage, then they’ll obviously prove a whole lot of people to be very, very wrong. But the evidence on display over the past two games indicate that they’re just not ready to do that. Not yet. And not against this Warriors team.

When Draymond Green said he wasn’t particularly worried after Game 1, it’s because he knew that he did not have to be. The Celtics, after losing Game 5, surely know that they do.

You can email Michael Hurley or find him on Twitter @michaelFhurley.