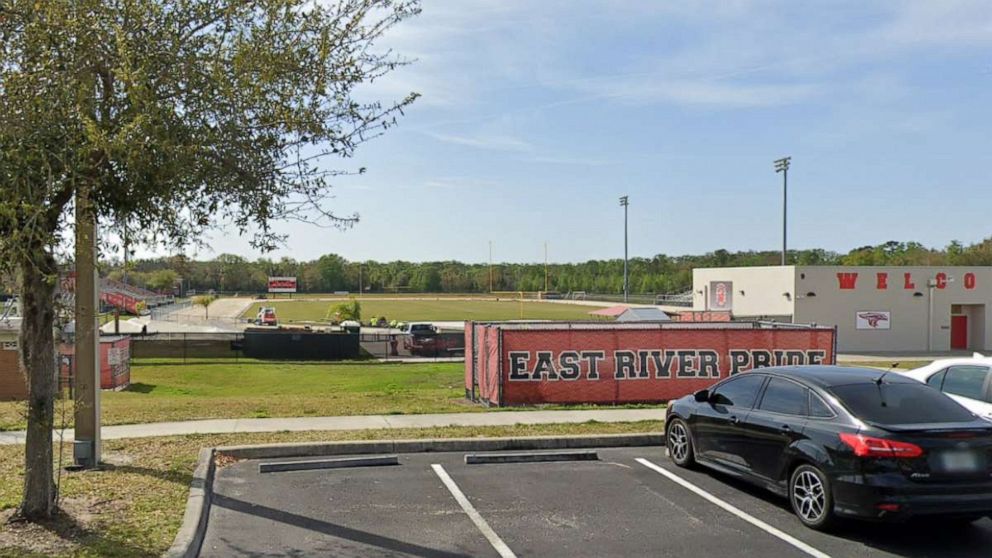 Nick Miner, 18, was trying to help a truck back onto the road, authorities said.

A high school quarterback was killed Sunday in Florida when a driver crashed into his truck while he was trying to help a vehicle back onto the road, authorities said.

A woman driving a Honda Insight didn’t see 18-year-old Nick Miner’s Ford F-150 pickup stopped in the road and collided with it on Dallas Boulevard, just south of Oberly Parkway in Orlando, according to the Florida Highway Patrol.

Miner had been trying to help pull a second F-150 pickup back onto the road after it became stuck on the east shoulder, authorities said. Miner’s truck was overturned in the collision and he sustained fatal injuries after being ejected, according to an FHP press release.

Two women, 17 and 20, were standing outside the stranded truck and were hit by Miner’s pickup during the collision, the highway patrol said.

They were taken to Orlando Regional Medical Center with non-life-threatening injuries, according to the release.

East River High School Principal Becky Watson issued a statement following the fatal incident, saying she “was notified of the tragic death of one of our students.”

“I know I speak for the entire East River High community when I express the grief felt at the loss of one of our own,” she wrote. “My thoughts and prayers are with this student’s family and friends as they go through this extremely difficult time.”

The high school had grief counselors on campus Monday “for any student or staff member who needs to speak with someone about this loss,” the high school wrote on Twitter.

A memorial has been started at the crash site in Orange County, according to a report.

“It’s a brotherhood, and Nick was like the leader of the brotherhood,” one of his teammates, Cole Strawder, told Orlando ABC affiliate WFTV9. “He went out doing what he was always doing. Helping people out and being a leader.”

The Florida Highway Patrol said there is still an active investigation and charges are pending.