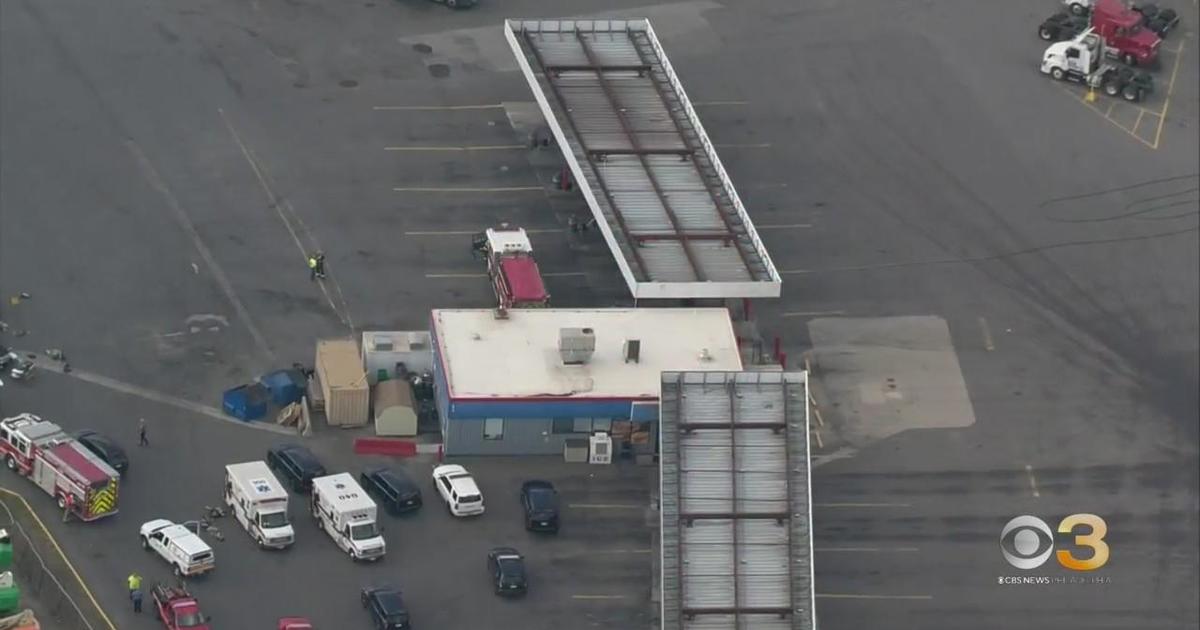 PAULSBORO, N.J. (CBS) — A hazmat situation is underway in Gloucester County after officials say a rotten egg smell was reported. Chopper 3 was over the scene in the Paulsboro area at 5 p.m. where people across the county reported a strong odor.

Gloucester County officials say the odor is coming from a tractor-trailer at a truck stop in East Greenwich. They say a trailer containing about 7,000 gallons of a chemical called Lubizol is venting and causing the smell. It is not a natural gas leak.

Gloucester County hazmat and emergency operations are on the scene as well as multiple fire departments.

Berkley Road is shut down in the area of the truck stop.

Eyewitness News spoke to a tanker driver, Barry Adams, who was right there when the incident started. He says he pulled up and the tanker next to him started gurgling and bubbling and he started seeing some smoke coming out.

“Parked next to the tanker that started spewing out fumes and smoke, vibrating. just kept hearing this loud, like an explosion, pressure blowing off, and I just knew it wasn’t right. When I got out and looked at it, it was just screaming. It would build up pressure, blow off and the fumes and smoke,” Adams said.

No injuries have been reported. County officials are asking residents to stay indoors if possible.

The CBS3 Staff is a group of experienced journalists who bring you the content on CBSPhilly.com.