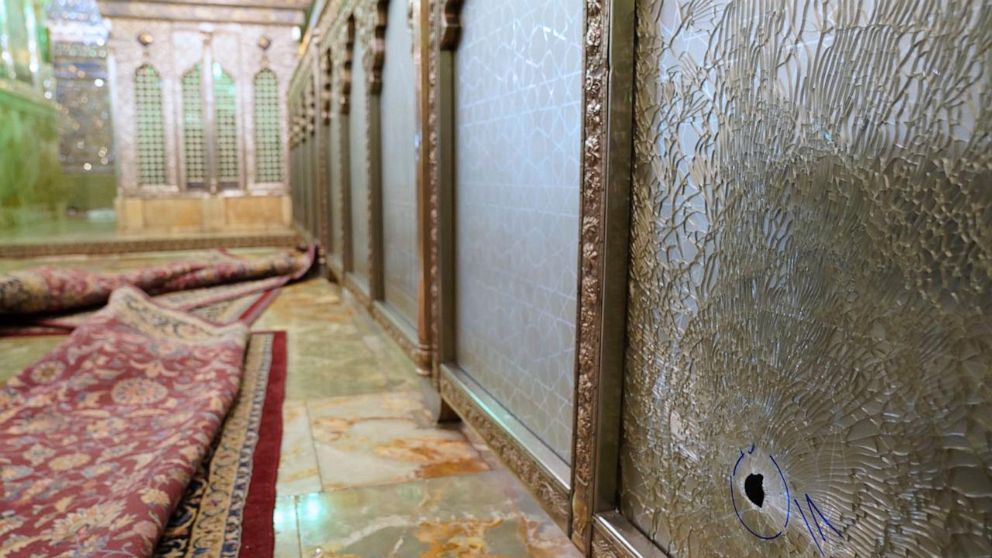 DUBAI, United Arab Emirates — The gunman who killed 15 people at a major Shiite holy site in southern Iran earlier this week died on Saturday, Iranian media reported. The attack was claimed by the militant Islamic State group but Iran’s government has sought to blame it on the protests roiling the country.

Iranian authorities have not disclosed details about the assailant, who died in a hospital in the southern city of Shiraz on Saturday from injuries sustained during his arrest, according to Iran’s semiofficial Fars and Tasnim news agencies.

The funeral for the victims would be held later on Saturday, officials said. It is unusual that authorities have not elaborated on the gunman’s nationality or provided any details about him following Wednesday’s deadly attack at Shah Cheragh in Shiraz, the second-holiest Shiite shrine in Iran.

The attack came as unrest — sparked by the Sept. 16 death of Mahsa Amini in the custody of the country’s morality police — have rocked the Islamic Republic.

The protests first focused on the state-mandated hijab, or headscarf, for women but quickly grew into calls for the downfall of Iran’s theocracy itself. At least 270 people have been killed and 14,000 have been arrested in the protests that have swept over 125 Iranian cities, according to the group Human Rights Activists in Iran.

Iranian officials have blamed protesters for paving the way for the assault on the shrine in Shiraz, but there is no evidence linking extremist groups to the widespread, largely peaceful demonstrations engulfing the country. Security forces have violently cracked down on demonstrations with live ammunition, anti-riot pellets and tear gas.

The Islamic State group claimed responsibility for the attack on the shrine — its first such claim in Iran in four years. Iran’s religious sites have previously been targeted by IS and other Sunni extremists.

The Iranian government has repeatedly alleged that foreign powers have orchestrated the protests, without providing evidence. The protests have become one of the most serious threats to Iran’s ruling clerics since the 1979 Islamic Revolution.