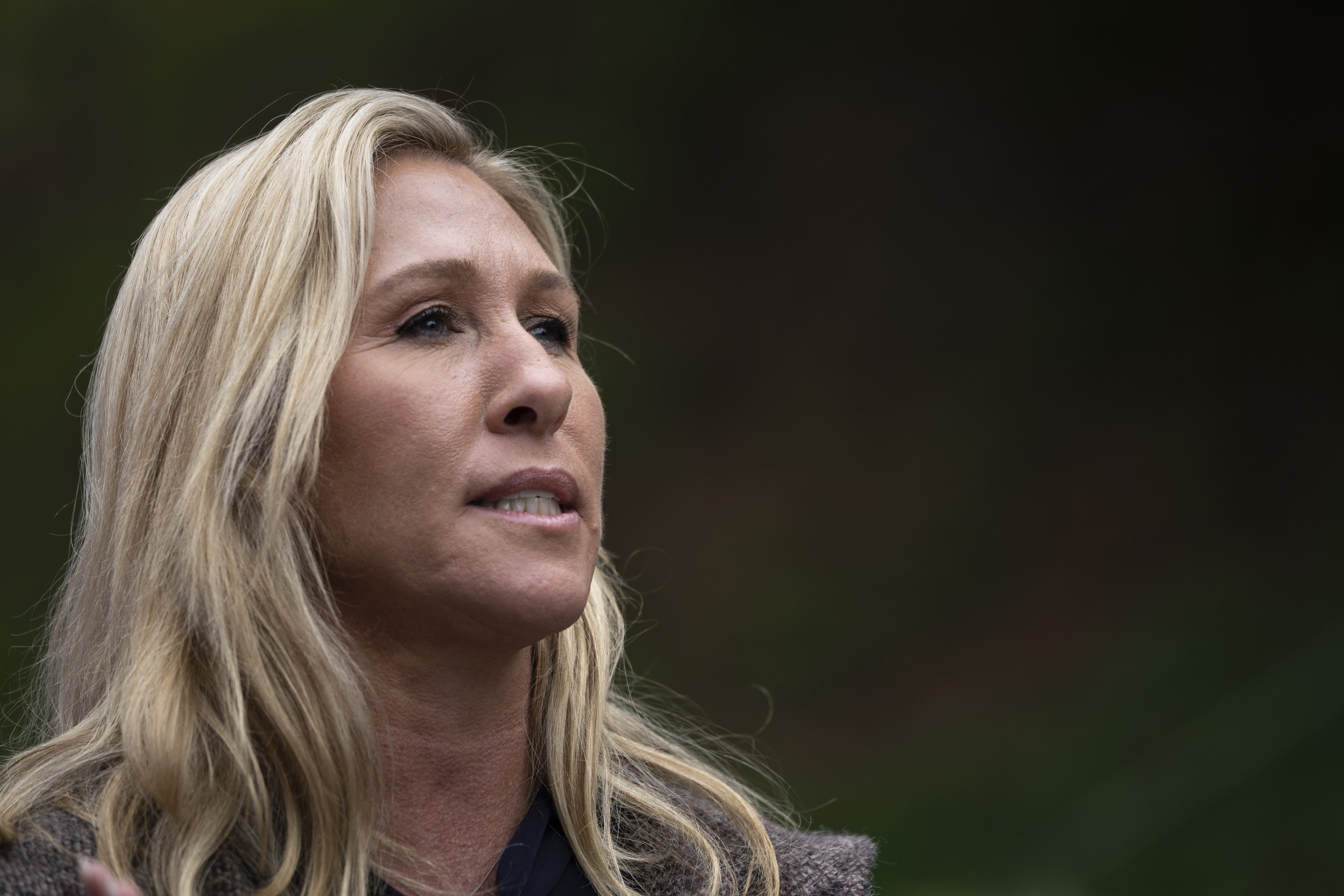 Republican Rep. Marjorie Taylor Greene of Georgia recently complained about the focus on white supremacists and suggested that America should focus on other issues.

“Jerrold Nadler was on the House floor and he was talking about white supremacy,” she said during an appearance on Real America’s Voice, Raw Story reported on Sunday.

Greene was referring to Democratic New York Representative Jerrold Nadler’s remarks on the House floor on May 18 where he called for a stricter response to hate crimes.

“And he [Nadler] was bringing up the terrible shooting that happened in [Buffalo] New York, but totally ignoring the shooting that happened in California that I think involved an Asian man that was the shooter,” she added in an apparent reference to the California church shooting in Laguna Woods last week that left one dead and 5 others injured. Authorities said that the suspect is an “Asian man in his 60s” who was later identified as David Wenwei Chou.

Her comments come after the mass shooting in Buffalo, New York, earlier this month where a white teen allegedly fatally shot 10 Black people at a grocery store. Authorities investigated the shooting as a hate crime in which 18-year-old Payton Grendon, who was charged with murder, allegedly targeted a predominantly Black neighborhood. After the shooting, a manifesto that is believed to have been posted by the teen, featuring anti-immigrant and white supremacist views, surfaced online.

This week, Nadler spoke about the Domestic Terrorism Prevention Act as he cited a number of crimes committed by white attackers, including the Buffalo shooting, the 2019 El Paso shooting, and the 2018 synagogue shooting in Pittsburgh, among others.

“I want to use my time to point out what these three cases have in common: the gunman in each case was a white man, each angry about so-called ‘replacement theory,’ each traveling some distance to target a minority community, each hoping to terrorize that community through mass murder,” said Nadler who serves as the House Judiciary Committee chairman.

“We must act—and H.R. 350, the Domestic Terrorism Prevention Act,” he added, pointing that the act creates three offices that would monitor, investigate and prosecute cases of domestic terrorism.

“These newly created offices would issue joint biannual reports to Congress assessing the state of domestic terrorism threats—with a specific focus on white supremacists—and would be required to focus their resources based on the data collected and the most significant threats,” Nadler added.

Meanwhile during her appearance on the Real America’s Voice, Greene claimed that other shooting incidents that involved Black suspects, including the Brooklyn subway shooting, didn’t receive the same attention.

“These people are all guilty of these crimes and it’s not about race,” she said. “It shouldn’t be about race. But they’re clearly racist as well.”

After the Buffalo shooting, a new poll showed that 75 percent of Black Americans are worried that they or a loved one would be physically attacked because of their race However, Greene insisted that “white supremacy shouldn’t be the main target.”

“We should be more concerned about the illegal invasion at the border, the crime happening every single day on our streets, especially in cities like Chicago. We should go after criminals that break the law and not pursue people based on their skin color and how they vote. But that’s what the Democrats want to do,” she continued.

Newsweek reached out to Representative Greene’s media office for comments.