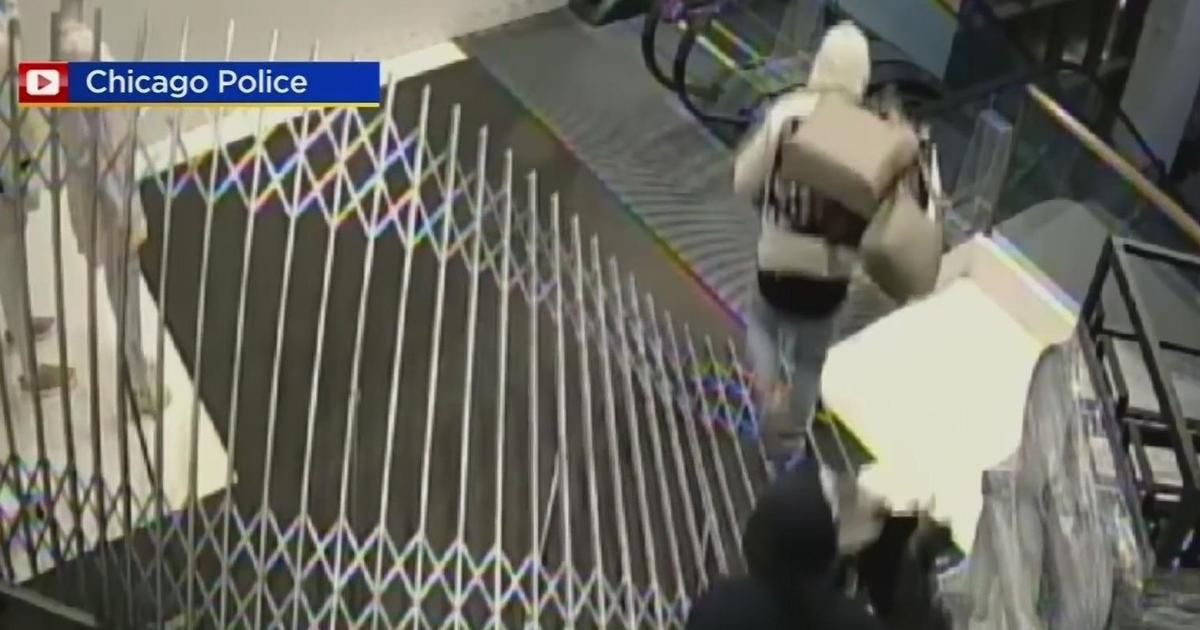 CHICAGO (CBS)– Thieves can smash their way into a store and run off with armfuls of stolen goods within a matter of seconds – and it can cost business owners thousands of dollars.

Now, Illinois is taking steps to stop it. As CBS 2’s Tara Molina reported, Gov. JB Pritzker on Friday signed into law new legislation aimed at cracking down on the rise in organized retail thefts and smash-and-grab burglaries.

Smash-and-grab heists have been a growing crime trend in recent years.  Stores on the Magnificent Mile have seen the impact of this.

“It’s been a horrible, difficult time,” said Miyanna Mochere. “One thing after another.”

Mochere runs the boutique Strides inside Water Tower Place. She made it through the height of the pandemic, but she says retail thefts have created massive hurdles too.

“People are afraid for their safety, so they don’t come to the malls anymore,” Mochere said. “It’s really weighing down and undermining the huge shopping and dining experience on Michigan Avenue.”

Mochere has changed store hours and has even considered moving. But she says the bill signed into law just feet away Friday gives her hope.

“I feel better now than I did a year ago,” Mochere said. “I hope Michigan Avenue becomes what it used to be.”

The law targets all angles of the organized retail crime problem – a problem we’ve shown you firsthand here on CBS 2 through surveillance video, smashed glass, and packed storage units of stolen goods.

Under the new law, prosecutors will be able to go after the ringleaders of such crimes. The law also will create a statewide intelligence-gathering platform, to help law enforcement agencies at the local, state, and federal levels to work together in catching retail criminals.

The goal is to clamp down on such crime, which Raoul said is not just a criminal issue, but also a consumer protection matter.

“What you have to understand is when these items are stolen and put on the online marketplaces to unsuspecting consumers, and some of these items are food items, and if they are not stored appropriately, if it’s baby food for instance, it becomes a consumer protection issue,” he said.

Under the law, third-party marketplaces will now be required to verify the seller of whatever customers are buying, and get contact information of those sellers.

The new law also closes current state prosecution loopholes by giving jurisdiction to one state’s attorney when the crime happens in more than one county.  The bill further provides funding for investigators and attorneys in the Attorney General’s office to focus on organized retail theft, and creates a statewide intelligence platform for all stakeholders, something they’ve seen work in other states.

As he signed the new retail theft crackdown into law on Friday, Pritzker addressed concerns opponents of the law have expressed before, that it would lead to harsh penalties for non-violent shoplifting.

“Let me be clear: this is not aimed at a low-income parent desperate to feed their child. It’s not about a kid making a shortsighted mistake. This is about a multi-billion-dollar industry of organized criminals carrying out sophisticated theft operations to turn a profit on the resale market,” he said.

Late Friday, Molina was awaiting comment from the State’s Attorney’s office now that the bill is law.