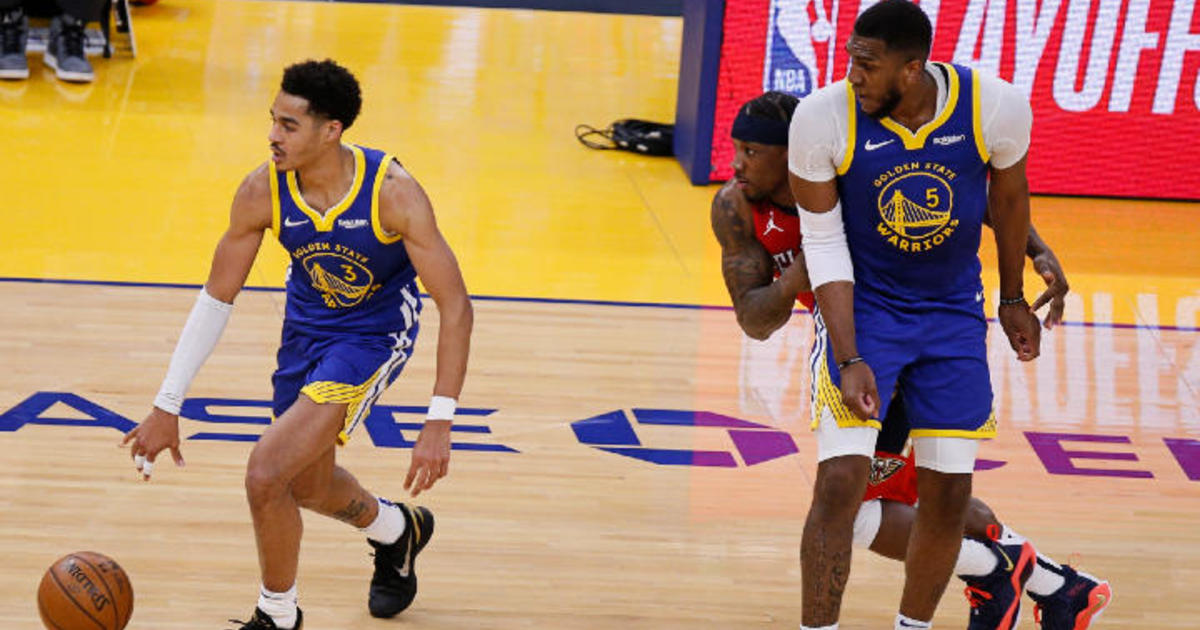 DALLAS (CBS SF) — The defending NBA champion Milwaukee Bucks may have been eliminated from the 2022 NBA playoffs, but that doesn’t mean the Brew City isn’t still well represented in the post-season.

Jordan Poole and Kevon Looney, the two key role players for the Golden State Warriors going into Sunday’s Game 3 of the NBA Western Conference Finals, grew up in Milwaukee. They were prep basketball stars and while they are separated by four years in age, they played against each other on the playgrounds.

Looney headed off to UCLA after high school, Poole starred at the University of Michigan. They finally became teammates when Golden State drafted Poole late in the first round of 2019 NBA Draft.

Now with the Warriors holding a 2-0 lead after a pair of victories in San Francisco’s Chase Center, Sunday becomes a must-win for the desperate Mavericks on their homecourt.

So if Golden State wants to come out with a nearly impossible to surmount 3-0 lead in the best-of-7 series, Poole and Looney will need to continue their outstanding play.

Poole is averaging 21 points a game coming off the bench in the series.  Looney has commanded the paint, especially in Game 2’s win when he scored a career playoff high 21 points and pulled down 12 rebounds to help rally the Warriors from a 19-point deficit.

When it comes to their hometown bond, Poole calls Looney “Big Bro Loon”.

“The little kid in me is so excited, so excited, just because I grew up watching Loon, played against him and to see him do this on the highest stage, is just amazing to be a part of,” Poole said after Game 2.

The former Michigan star’s journey to becoming an emerging star hasn’t been without its challenging setbacks. He spent time with Golden State’s G League team and needed plenty of encouragement.

“I don’t think people understand how hard it is alone just to be here,” Poole said. “Just seeing the professional that he is, the way that he plays, his grit every single day, I don’t know. I don’t know. I’m so happy for him and I’m glad to be a part of that.”

“Shout out to Big Bro Loon for sure.”

“Me and JP, it’s always fun, us being from the same city, to play on a stage like this and have those moments,” he said. “It’s always cool just to know growing up, I would never envision I would play with somebody from my city in the Western Conference Finals. Moments like that, I cherish.”