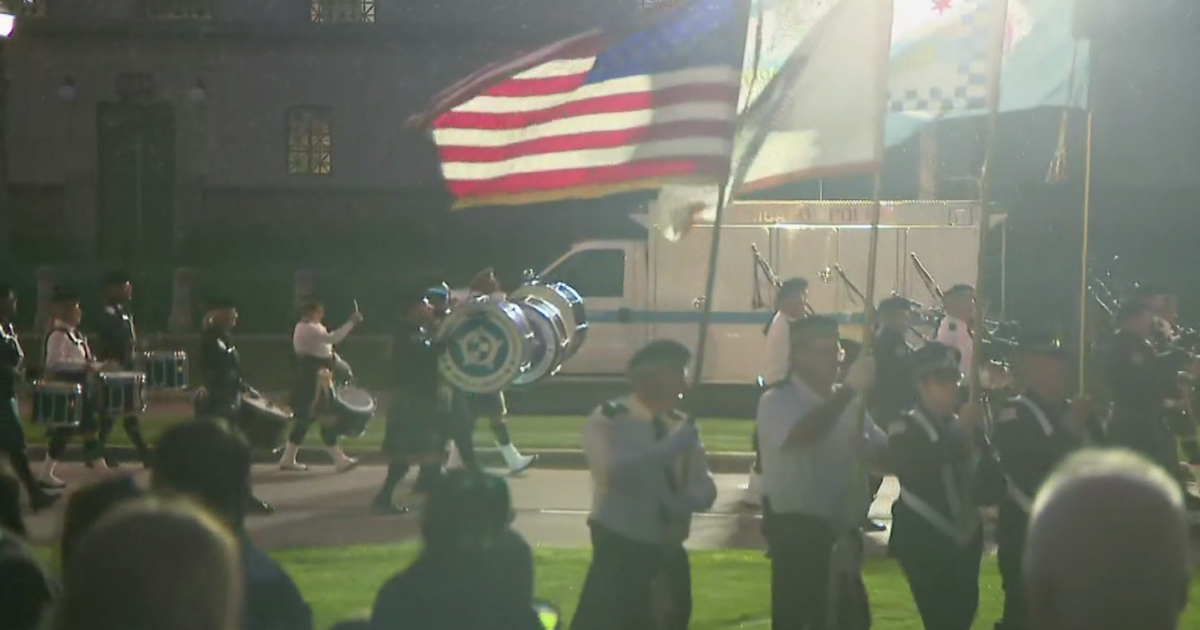 CHICAGO (CBS) — Families of Chicago Police officers killed in the line of duty share a painful bond, and on Tuesday night, the city honored their sacrifices at a ceremony at Soldier Field.

As CBS 2’s Charlie De Mar reported, the Chicago Police Department every year takes a moment to remember the men and women who have given the ultimate sacrifice. The families of those who have lost loved ones were present Tuesday night.

Brought together by their incredible loss, the families all have one devastating bond.

“It never gets easier to hear the story of his death, or to talk to people who got to see him more than I did during the day,” Grace Bauer told the assembly.

Grace, now 17 years old and a high school senior, is the daughter of fallen Chicago Police Near North (18th) District Cmdr. Paul Bauer. He was shot and killed on Feb. 13, 2018, after he jumped into action and tried to make an arrest near the Thompson Center downtown.

“I don’t come to events like these often, because I have strong mental separation between the father I knew and Commander Paul Bauer,” Grace said. “I knew him as a man who was really good at math, and also really good at making Eggo waffles.”

Maria Marmolejo has relied on the Chicago Police Memorial Foundation ever since her husband, Officer Eduardo Marmolejo, was hit and killed by a South Shore train in the Rosemoor neighborhood in December 2018 – along with his partner, Officer Conrad Gary. They were chasing a shooting suspect at the time.

Maria Marmolejo is now the chair of the Chicago Police Gold Star Families.

“It’s always sad to see like new families coming in, because it’s not something that you want to welcome somebody to,” she said.

Graffeo was one of two officers who were shot while standing in line at The Original Maxwell Street on the city’s West Side in early March – when a man in front of them reached into his pocket to pull out money, dropped a handgun, and shot the officers.

“Leaving me with seven gunshot wounds to my leg,” Graffeo said.

Both Yanez and Graffeo are grateful for the emotional and financial support the foundation continues to provide their families.

“I do miss being the police. I miss it with all my heart,” Yanez said in a video presentation. “In my heart, I will always be a police officer.”

Along with remembering the officers who have been killed in the line of duty over the years, the head of the Chicago Police Memorial Foundation also spoke about the importance of mental health. At least four Chicago Police officers has died by suicide since July – the most recent last week.