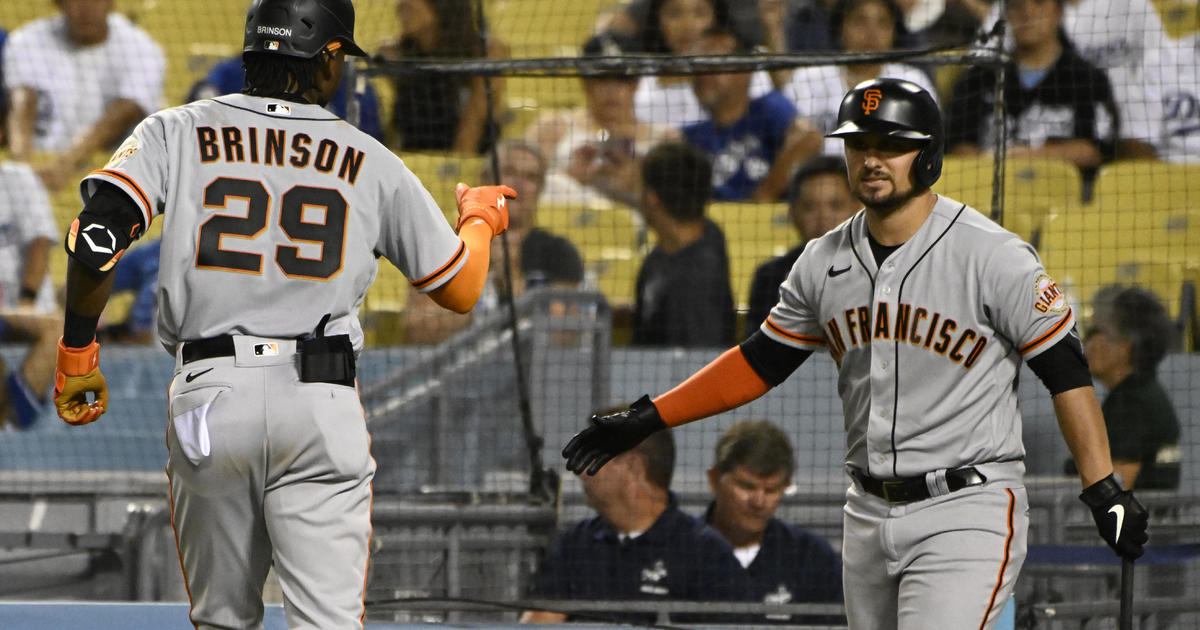 LOS ANGELES (AP) — With nothing but pride to play for, there are opportunities aplenty for some youngsters on the San Francisco Giants.

They’re taking full advantage with a month to go in the season.

“It’s fun when you win, especially here in LA,” Villar said. “As a team, it just feels like we’re gelling.”

Brinson added a solo shot in the ninth and the Giants snapped an eight-game losing streak to their longtime rivals, who hold a commanding lead in the NL West. The Dodgers’ magic number to clinch the division title is eight.

“We talked about the importance in September of playing intense baseball and not quitting,” Giants manager Gabe Kapler said. “It’s an important opportunity to build confidence for this group.”

The Giants’ season-high five homers were the most given up by the Dodgers since yielding that many to the New York Yankees during a 10-2 loss in 2019.

Logan Webb (12-8) ended a three-game skid in his career-high 28th appearance. The right-hander allowed three runs — two earned — and seven hits in six innings. He struck out six and walked none.

“There’s nothing really to lose now,” Webb said. “Just go out and have fun.”

Camilo Doval pitched the ninth to earn his 20th save.

Heaney (2-2) was unhittable over the first two innings, although he plunked Wilmer Flores for the Giants’ lone baserunner.

Everything changed in the third.

Brinson blasted a 423-foot shot that landed in the center field protective netting, tying it 2-all. He added a leadoff drive in the ninth. Those were his first RBIs with the Giants since being acquired last week from Houston for cash.

“A great night. We got a win against a great Dodgers team,” Brinson said. “Two home runs were nice, but it’s nice beating them.”

Davis went deep on a 412-foot shot also to straightaway center, putting the Giants ahead 3-2.

Estrada led off the fourth with a homer to the same location as Brinson and Davis. Villar added a two-run clout to right field for a 6-2 lead.

The Dodgers took a 2-0 lead on Freddie Freeman’s first homer in 19 games, a two-run shot in the first that scored Mookie Betts, who reached on an error by third baseman Evan Longoria.

“The Freeman pitch was not a great pitch,” Webb said. “I can throw that guy anything and he’s going to hit it. He’s probably the best hitter in baseball.”

Longoria atoned with a leaping grab of Freeman’s screaming line drive to end the fifth, stranding Betts at third base.

Heaney gave up six runs and six hits in 5 1/3 innings. He struck out eight and walked one.