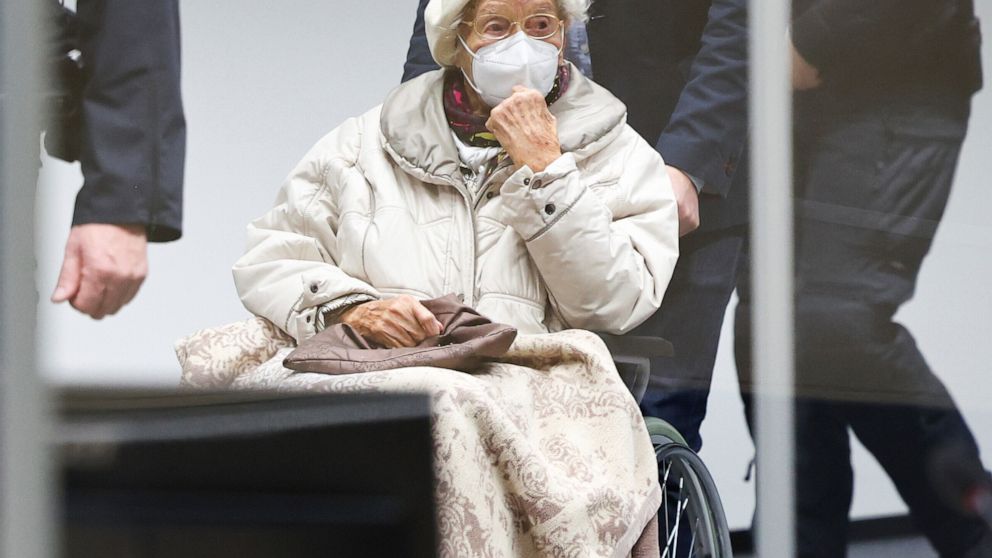 FILE — Irmgard Furchner, accused of being part of the apparatus that helped the Nazis’ Stutthof concentration camp function, appears in court for the verdict in her trial in Itzehoe, Germay, Tuesday, Dec. 20, 2022. The 97-year-old woman is appealing against her conviction last week by a German court of being an accessory to more than 10,000 murders in her role as a secretary to the commander of the Nazis’ Stutthof concentration camp during World War II. (Christian Charisius/Pool Photo via DPA, file)