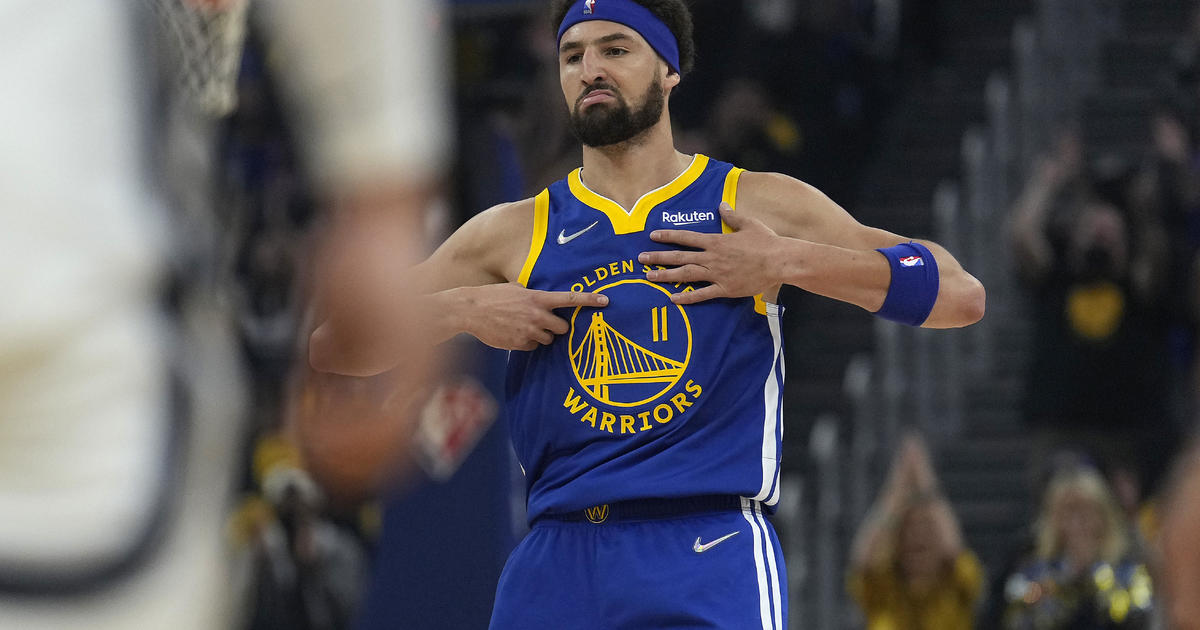 It was Thompson’s fourth career postseason game with eight 3s — tying Ray Allen, Steph Curry, and Damian Lillard for most in NBA history.

Golden State moves on to its sixth NBA Western Conference finals in the last eight years. They will play the winner of the Game 7 showdown between the Dallas Mavericks and the Phoenix Suns.

In a seesaw game, it wasn’t until a Curry 3-pointer with 5:43 to go, putting Golden State up 95-89, that the Warriors were able to break the will of a young Grizzlies squad playing without their star Ja Morant.

Golden State needed everything they got from Thompson to overcome 17 turnovers and 14-of-42 shooting night from Curry and Jordan Poole combined.

With Thompson scoring 17 points, the Warriors shook off their offensive woes of Games 4 and 5 to take 53-51 halftime lead by closing on a 9-0 run. But the Grizzlies hung tough, even taking a short lived lead in the second quarter, as Dillon Brooks shook off his own shooting woes, scoring 18 points and going 5-of-10 from the three-point line.

Brooks ended the game with 30 points on 11-of-28 shooting and played solid defense all night on Poole.

After Wednesday’s 134-95 debacle on the Grizzlies’ home floor in which they trailed by as many as 55, the Warriors were determined to do everything better.

Desmond Bane scored the first two baskets of the game before the Warriors ran off 10 consecutive points, with a pair of layups by  Green and a 3 by both Curry and Thompson.

Mike Brown, who was at the helm for head coach Steve Kerr, still ailing with COVID, decided to start Looney at center and the decision paid off with Golden State owning a 70-44 advantage on the boards.

Looney started after Jonathan Kuminga had the previous three games following the injury to guard Gary Payton II. He broke his left elbow in an awkward fall after being hit over the head by Brooks in Game 2 that earned Brooks a Flagrant 2 foul and one-game suspension.

He was booed loudly again at every chance by the sellout crowd at Chase Center. When Payton was shown on the big screen during a first-quarter timeout he received a rousing ovation and touched his hand to his heart before encouraging them to get louder.