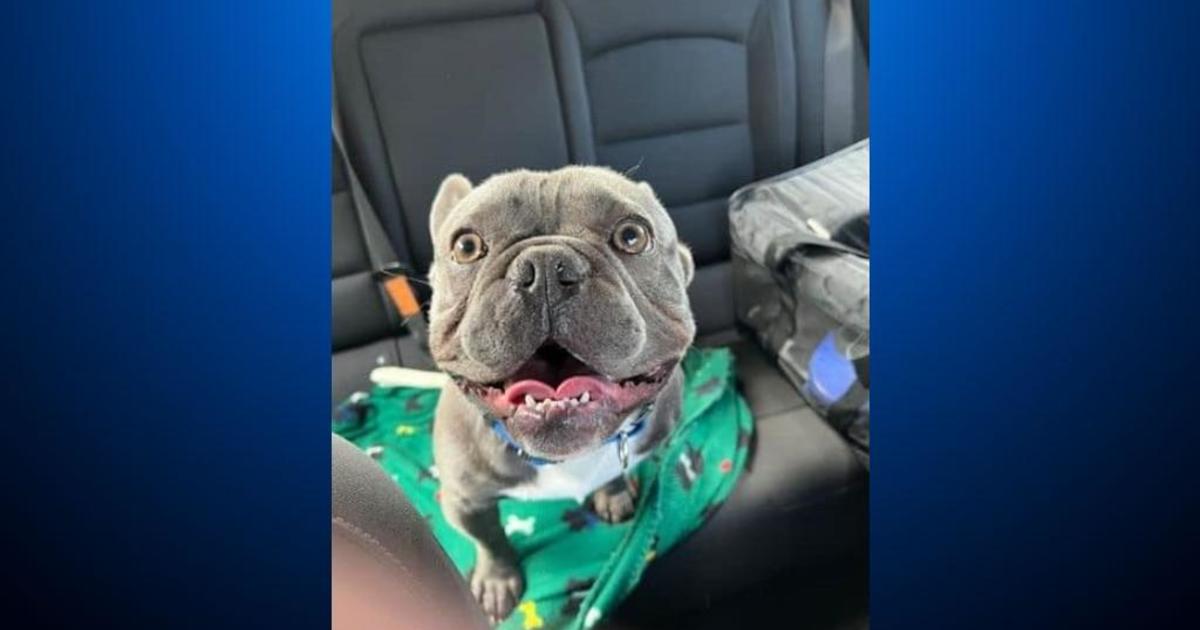 SAN LORENZO – A French bulldog taken nearly two weeks ago from San Lorenzo is back home with its owners and two suspected dognappers are in custody after they were tracked to southeastern Arizona, the Alameda County Sheriff’s Office said Wednesday.

Bruno, a 1-year-old French bulldog valued at $10,000, somehow got out of the house on Sept. 2 and was taken by the suspects, later identified as Uriah Byrd, 40, of San Francisco, and Saveya Maybury, 22, of Lewisville, Texas, authorities said.

The pair left with Bruno in a silver Hyundai Sonata and didn’t try to find the dog’s owners to return him, according to the sheriff’s office. Instead, over the next several days, they made their way across California and Arizona, allegedly contacting the owner along the way, demanding the dog’s microchip information.

The owners refused to give them the information, however, and sheriff’s detectives entered the suspects’ car into the stolen vehicle system.

The pair were pulled over by an Arizona State Trooper on Interstate Highway 10 in Willcox, Arizona, a  town about 30 miles from the New Mexico state line.

Bruno was in the back seat of the car, according to authorities.

The dog was recovered and delivered back to its owners, and video posted by the sheriff’s office showed Bruno was clearly happy to be home.