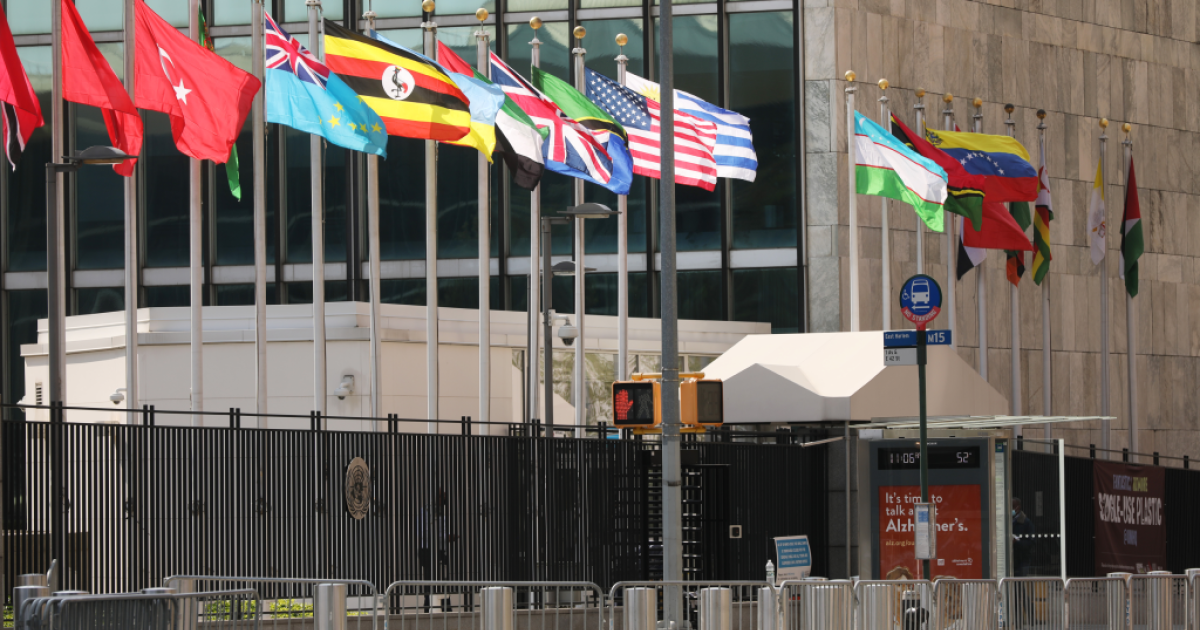 The sentencing of a former United Nations communications specialist to 15 years in prison Thursday was punctuated by the tears and eloquence of some of his 13 sexual assault victims who said being drugged and raped by a man who first won their trust left them shattered and hopeful that justice might help them heal.

When they were finished speaking, U.S. District Judge Naomi Reice Buchwald told Karim Elkorany that it was particularly heinous that he engaged in the “raping of women who believed he was their friend” as she sentenced him to the maximum he could face after he pleaded guilty to three charges in May.

She said many rapes from 2002 through 2019 occurred in the Middle East, but she noted that prosecution of his crimes in some U.S. jurisdictions might have resulted in life in prison. Federal sentencing guidelines that called for about three years in prison had no relationship to the “magnitude and severity” of his crimes, Buchwald said.

“This is not a ‘he said, she said’ case,” Buchwald said as she read from some of the written statements submitted by victims who were attacked while he worked in international aid and foreign relations in the United States, Iraq and Egypt, among other locations.

Nine victims, identified only by numbers from 1 to 20, spoke in court or over a special telephone line that could be heard in court.

Victim No. 1, as she was called, told Buchwald she was a journalist working in Iraq in November 2016 when Elkorany added drugs to the lone alcoholic beverage she ordered at a restaurant, leaving her so incapacitated that she felt “comatose” on the car ride to his apartment, where she regained consciousness to find Elkorany raping her.

She said the drugs he gave her meant she “will never know the details of what happened to me on the worst day of my life.”

Looking at him from a lectern where she delivered her remarks, she said she was hopeful the sentencing meant “your long rampage of violence against women has truly and finally been brought to an end.”

“For six years, I went through hell from what you did to me,” she said, explaining that she was so traumatized that she could not endure being hugged or held by her husband for five years after the attack. She said her career has never recovered.

Federal agents interviewed Elkorany in November 2017 and he “expressed familiarity with the nature and substance of the allegations made by Victim 1,” prosecutors said. However,  he falsely denied the drugging and sexual assault allegations, they said.

When Victim 2 spoke, she said Elkorany posed as a feminist who cared about issues facing women as he preyed upon friends and acquaintances.

“All his talk about kindness and decency and caring for others was a sham,” she said. Prosecutors said Victim 2 met Elkorany when she worked for a U.N. organization, and she was drugged and sexually assaulted on multiple occasions between 2014 and 2019 in the United States and Iraq.

Assistant U.S. Attorney Lara Pomerantz said Elkorany “hid behind his work,” posing as a confidante of the women before the attacks and then shaming them afterward if they questioned what happened to make them feel it was their fault.

She said he did not use condoms and “callously and cruelly joked about drugging and raping them” afterward, sometimes distributing nude photographs he took of them when they were incapacitated to his friends and forwarding some pictures to his victims anonymously.

Calling him a “cold, calculating and dangerous person,” Pomerantz cited the extraordinary courage of “incredible” and “brave” women who helped prosecutors build a case that led to Elkorany dropping his denials and accepting his fate.

When he spoke, Elkorany, 39, of West Orange, New Jersey, said he knew his “words of apology will only ring hollow here today and that words of apology cannot un-do damage I have so clearly caused and yet I am deeply, deeply sorry for the pain I’ve caused, the betrayal of relationships, the violation of trust.”

Prosecutors said Elkorany carried out some attacks from at least 2005 until April 2018 while working in international aid, development and foreign relations. From October 2013 to April 2016, he worked for the United Nations Children’s Fund in Iraq, and from July 2016 to April 2018 as a U.N. communications specialist in Iraq.

Stéphane Dujarric, a United Nations spokesman, said in a statement that the U.N. does not have prosecutorial authority and cooperates with and relies on member states to ensure that U.N. personnel who commit crimes are held accountable.

“The United Nations welcomes the efforts of the United States authorities in ensuring that Mr. Karim Elkorany is held to account for his criminal conduct,” he said. “We salute the courage of the women that came forward to initiate the investigations. We hope that this sentence brings to all his victims a sense that justice has been achieved.”

Victim 7, who prosecutors say was drugged and sexually assaulted by Elkorany in 2011 and 2012, walked to the courtroom lectern and announced that she hadn’t planned to speak.

But she said she was so moved by what other victims had to say that she felt compelled to address the court, especially after keeping so much about the attack bottled up inside her.

“Even now, I felt like it was my fault,” she said. “After hearing everybody’s stories today, I finally don’t feel that.”

In addition to the prison sentence, Elkorany was sentenced to three years of supervised release and ordered to pay restitution in amounts to be determined, the Justice Department said in a news release.

“Karim Elkorany perpetrated monstrous acts against multiple women over nearly two decades,” U.S. Attorney Damian Williams said. “At today’s proceeding, Elkorany was held accountable by the Court and also by his victims, a number of whom confronted him with powerful statements about the grievous harm he caused through his horrific conduct.”