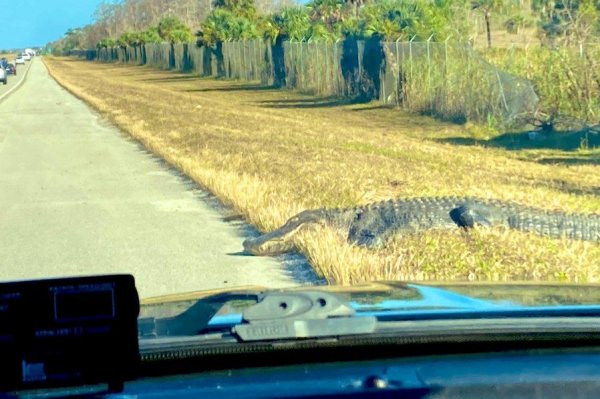 Jan. 18 (UPI) — The Florida Highway Patrol said soldiers were summoned to the aspect of a busy freeway to stop a 12-foot alligator from wandering into visitors.

The FHP stated troopers stationed in Collier County responded to the facet of Interstate 75 at mile marker 78 while drivers suggested an roughly 12-foot alligator that seemed to be preparing to try to go the road.

Troopers arrived at the scene and worked to maintain the reptile out of the roadway.

The FHP tweeted a photo of the gator on the side of the freeway and instructed drivers in the house to make use of caution.