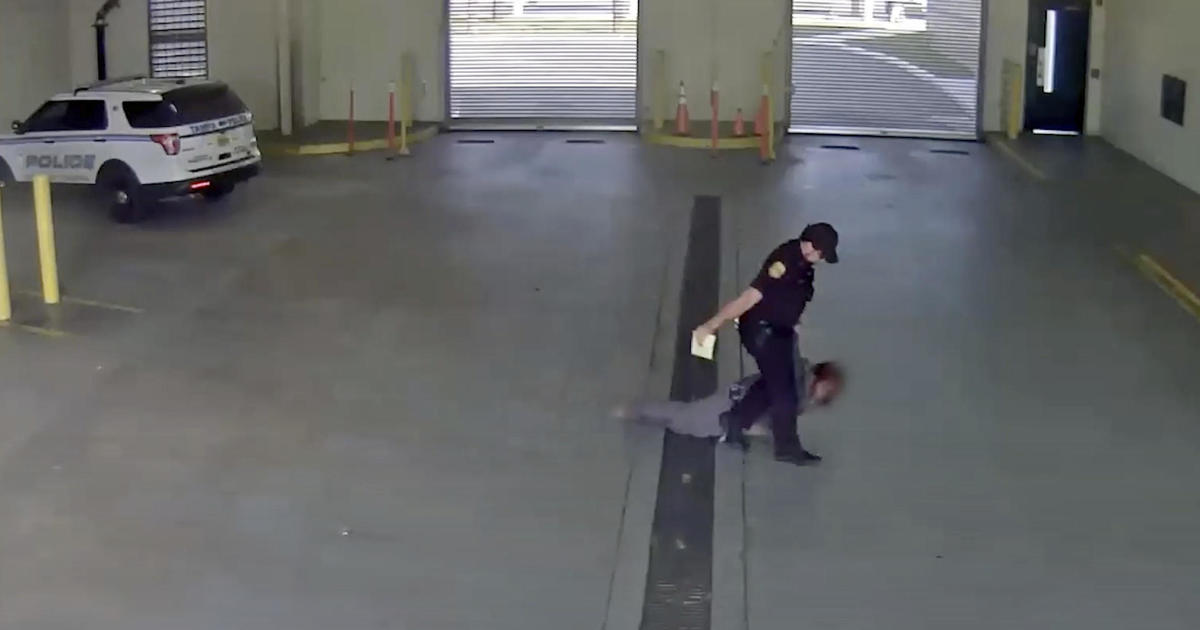 A police officer in Tampa, Florida, who was videotaped dragging a handcuffed woman into jail has been fired, authorities said.

The woman was being arrested for trespassing, according to the release. A body camera video shows her refusing to leave Damon’s vehicle while parked at the Orient Road Jail and telling the officer, “I want you to drag me.”

Damon then removes the woman from the vehicle and pulls her by the arm across a concrete floor, stopping once to tell her to get up but the woman refuses. Damon drags the woman to a doorway then buzzes for additional officers to assist him before the body camera video released by the Tampa Police Department cuts off.

Damon can also be heard making derogatory comments at the woman as he continued to drag her, CBS affiliate WTSP reported.

The agency said it revised policy in 2013 to forbid officers from dragging uncooperative suspects on the ground. Officers should instead seek assistance from jail booking staff or other law enforcement, police said.

“The actions of one individual should not tarnish the work of the nearly 1,000 officers protecting and serving our city who, on any given day, encounter people who choose to be uncooperative during the arresting and booking process; however, they do not let the actions of that individual deter them from following the policies and procedures put in place for safety,”  said Interim Police Chief Lee Bercaw. “This former officer’s actions were unacceptable and are not tolerated at this department, which is why we acted swiftly in initiating an internal investigation, relieving him of his duties, and ultimately terminating his employment.”

Damon was initially relieved of his duties the day after the incident with the woman and was then advised of his termination on Tuesday, WTSP reports.  Damon had been with the Tampa Police Department since 2016.