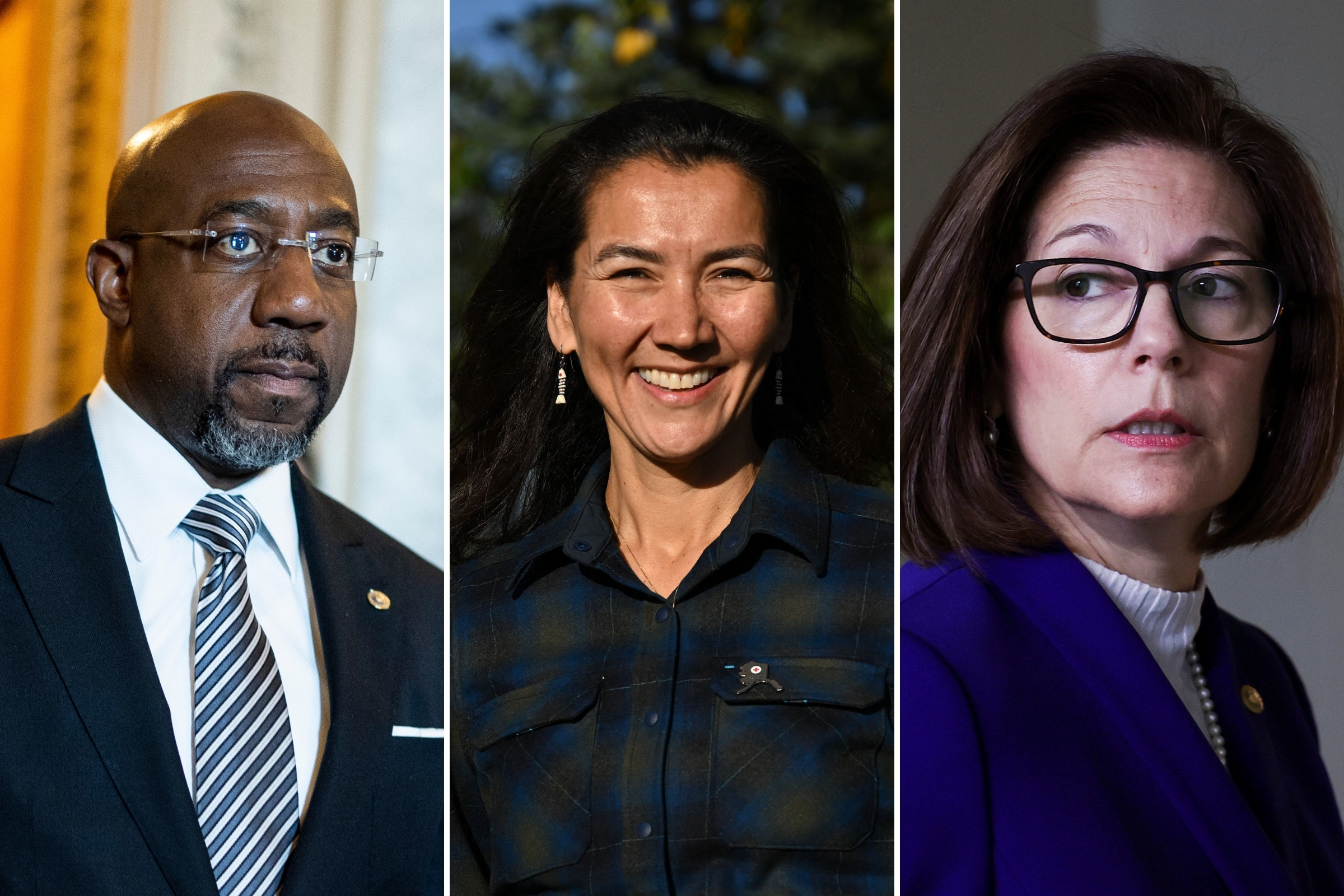 Midterm elections are less than two weeks away and Democrats and Republicans are battling for control of the House of Representatives and the Senate, as well as state-level offices.

Polls suggest Republicans are favored to take control of the House but the contest for the Senate may come down to the wire amid close races in several states including Georgia and Nevada.

“Midterm elections are normally bad news for the president’s party, which typically loses seats, and even control of one or both houses of Congress,” Robert Singh, a professor at the Department of Politics at Birkbeck, University of London, told Newsweek.

“Yet this is not a reliable outcome in a hyper-partisan era when control of Congress can be decided by narrow margins in close races,” Singh went on. “Whether or not 2022 is a ‘wave’ for the Republicans or, more likely, a close contest, hinges partly on incumbency and candidate quality.”

Singh said that in the House “usually 90 percent or more” of incumbents are “re-elected easily.”

“But statewide races for the U.S. Senate and governorships are more competitive, and incumbency is less relevant. This year’s Senate races have some rather exotic characters running and rarely has the fate of U.S. democracy seemed so in flux,” he said.

That may not be good news for Democratic incumbents who are facing a tough re-election fight. Here are five of the most vulnerable Democrats seeking re-election.

Senator Raphael Warnock is seeking his first full term in the Senate in a close race against Republican and former football star Herschel Walker, who has been endorsed by former President Donald Trump.

Poll tracker FiveThirtyEight rates the race in Georgia a dead heat and that Walker has gained on Warnock over the past month. The challenger now has a 53 percent chance of victory compared to 47 percent for Warnock.

Warnock was first elected to the Senate in a special election in January 2021 when he defeated an incumbent GOP senator in a traditionally red state. Walker’s campaign has been dogged by controversy, including accusations that he paid for ex-girlfriends’ abortions.

Senator Catherine Cortez Masto is in a tough re-election fight in Nevada against Republican Adam Laxalt in a race that FiveThirtyEight also considers to be a toss-up.

A Republican victory in Nevada would be significant and likely seen as a major upset. Cortez Masto has represented Nevada in the Senate since 2017, having defeated GOP Representative Joe Heck in the 2016 election.

Peltola was elected under Alaska’s new ranked choice voting system, which allows voters to rank their preferred candidates. The system meant that voters opting for Begich, for example, were able to choose either Peltola or Palin as their second choice for the seat.

A candidate wins the election if they garner 50 percent plus one of the votes cast. If nobody reaches that threshold after ballots are counted, the candidate with the lowest number of first preferences is eliminated and their voters’ second preferences are then counted and distributed.

That same system will be used in November’s election to fill the seat and Peltola is again facing Palin and Begich as well as Libertarian candidate Chris Bye.

An Alaska Survey Research poll conducted from October 19 to 22 found Peltola with 51 percent support, Palin on 27 percent and Begich with 22 percent support.

Gonzalez currently represents Texas’ 15th district but is running in the newly redrawn 34th district, where Flores was elected in a special election in June. It was a victory that surprised many as she succeeded Democratic Representative Filemon Vela Jr., who had first been elected in the district in 2012.

The 34th district had been reliably Democratic since 2012, with a majority of residents voting for Democratic presidential candidates but FiveThirtyEight rates the House as a toss-up and gives Gonzalez a 51 percent chance of winning to Flores’ 49 percent. Whoever wins, at least one incumbent will be defeated.

The New Hampshire Senate race has not garnered much attention, likely because of other close races in states like Pennsylvania and Georgia, but recent polls may be cause for concern among Democrats.

A poll conducted on October 23 by InsiderAdvantage showed that Hassan led Bolduc by just one percent, while an Emerson College Polling/WHDH 7 News survey conducted from October 18 to 19 showed Hassan with a three point lead—down from 11 points in September.

FiveThirtyEight’s analysis says Hassan is still favored to win but the National Republican Senatorial Committee is reportedly planning to recommit $1 million in resources into the New Hampshire race, suggesting the party believes Bolduc can score a surprise victory.

However, Hassan remains favored to win in FiveThirtyEight’s analysis, with a 78 percent chance of victory compared with Bolduc’s 22 percent.