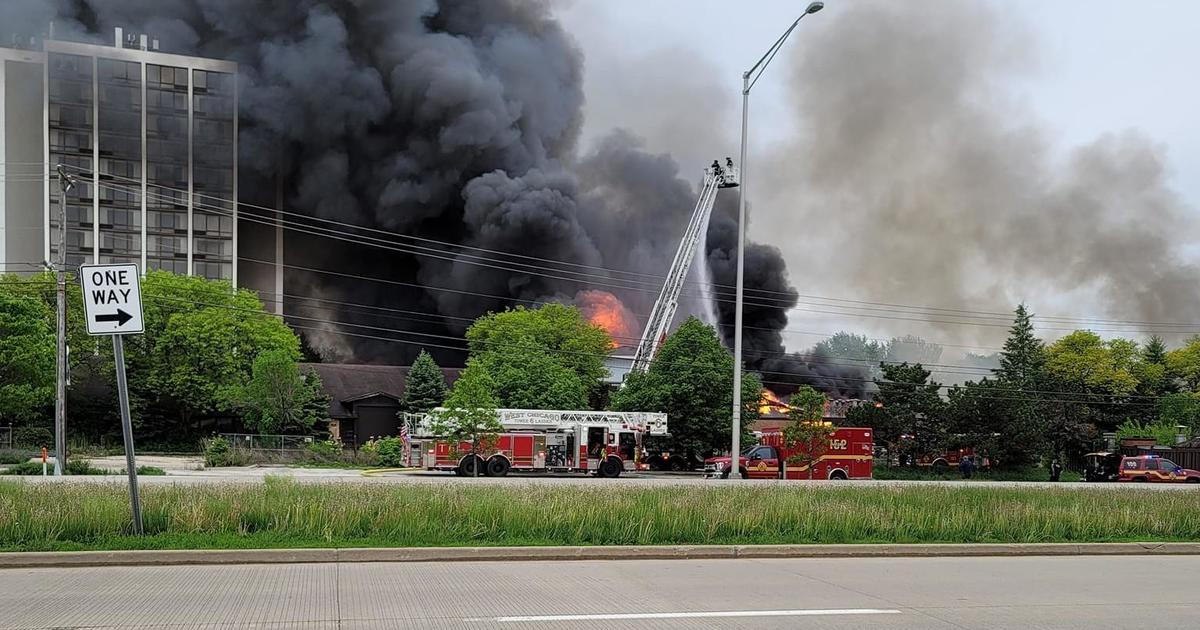 The fire started before 5 p.m. at the vacant golf resort and hotel complex at 4051 E Main St. and was eventually upgraded to a three-alarm fire, bringing in dozens of fire trucks and more than 100 firefighters to help contain the flames.

Heavy flames and a huge plume of dark grey smoke were visible at the complex.

CBS 2’s Kris Habermehl reports the fire destroyed much of the Pheasant Run resort, but crews were trying to save a 15-story tower on the site.

The fire has since been extinguished.

“The damage to the buildings is extensive. Firefighters will remain on the scene throughout Sunday to complete extinguishment of all fires,” said Fire Chief Scott Swanson.

The cause of the fire is under investigation by the Saint Charles Fire and Police departments.

No injuries were reported.