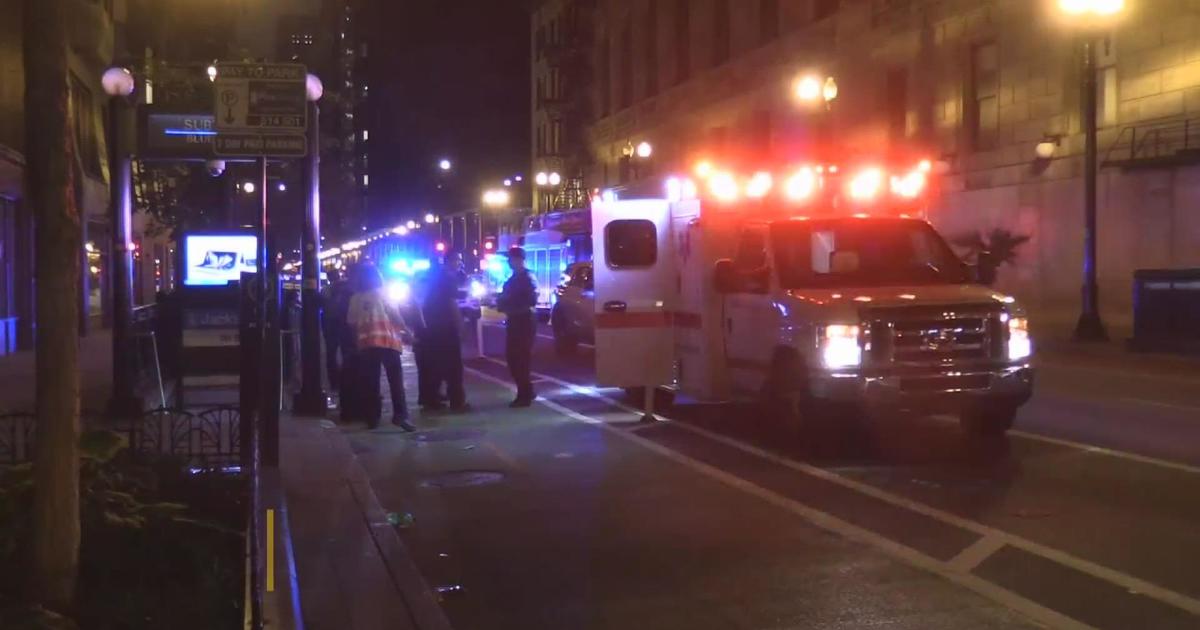 CHICAGO (CBS)– An argument and fight led to a robbery on the CTA Blue Line early Tuesday morning.

A 28-year-old man and another man were yelling at each other when the altercation turned physical around 1:45 a.m.

Police said the offender took the victim’s wallet and got off the train at Jackson Boulevard.

Paramedics took the victim to the hospital with several bruises.