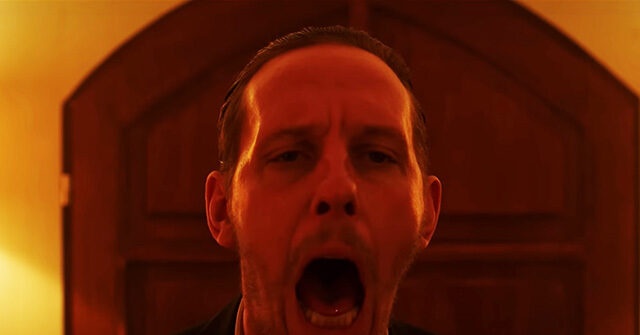 The far-left Daily Kos pumped out over 3,000 words to “review” My Son Hunter, even though the author flatly admitted to not having seen the movie, an amazing abandonment of the standard orchestration of a “hit-piece,” which requires writers to at least have a modicum of understanding of the subject their piece intends to “hit.” Here, the singularly-named Daily Kos staff writer “Hunter” (we assume no relation), instead opted for full-blown freakout.

Rather than watch (and then bash) the film, the author instead started with “Movie review: ‘My Son Hunter‘ is a soft-porn conspiracy flick for weird conservative incels” for a headline and over 3,000 words resulting in a borderline unreadable work of hate rambling that neither offers an insightful glimpse into the left’s regard for Hunter Biden nor an insightful review of the movie that dramatizes his and his father’s international influence peddling.

“Unfortunately, at the time of this review, the drunken squirrels handling the movie’s marketing over at Breitbart News And Tactical Gun Safe Emporium had not offered us an advance copy, so we’re going to have to do the whole movie review just from what we can see in the trailer,” the Daily Kos writer explained.

The author did not attempt to justify why he chose to employ the words “movie review” in his headline if he did not, in fact, watch the movie, but since the Daily Kos seems under the impression that men can magically transform into women, asking its staff writers to abide by standard definitions of the term “movie review” might be a bridge too far.

Instead, the author fixates on pornography, smears, and, yes, conspiracy theories about the film he didn’t actually watch.

This, again, is based on the writer merely watching the My Son Hunter trailer.

My Son Hunter screenwriter Brian Godwa said the script for My Son Hunter drew largely from the public record.

“I drew dialogue from actual incidents or documents, transcripts or emails reported in the media as the base language of Hunter and Joe’s characters, many of them actual quoted lines,” Godwa told the UK Daily Mail. “And many of them were taken from Hunter’s actual emails from his laptop. I drew from Hunter’s eulogy for his brother Beau for his own description of his relationship in the movie.”

What exactly does the Daily Kos writer think of My Son Hunter? He hates it; he really hates it, actually, even though he cannot fully comprehend the object of his hatred. Alas, the world may never know the author’s true and honest opinion of My Son Hunter because he never actually watched My Son Hunter.

Other than that, here are just a few bullet points to sum up this novel of a “movie review” from a “reviewer” who never watched the movie he was supposed to be reviewing:

For those of you who want to actually write a movie review of My Son Hunter – even those of you who intend to do nothing more than dedicate over 3,000 words deriding it – please read the instructions below:

PRE-ORDER your copy of My Son Hunter RIGHT NOW at MySonHunter.com. The film becomes available for Streaming and Downloading September 7.