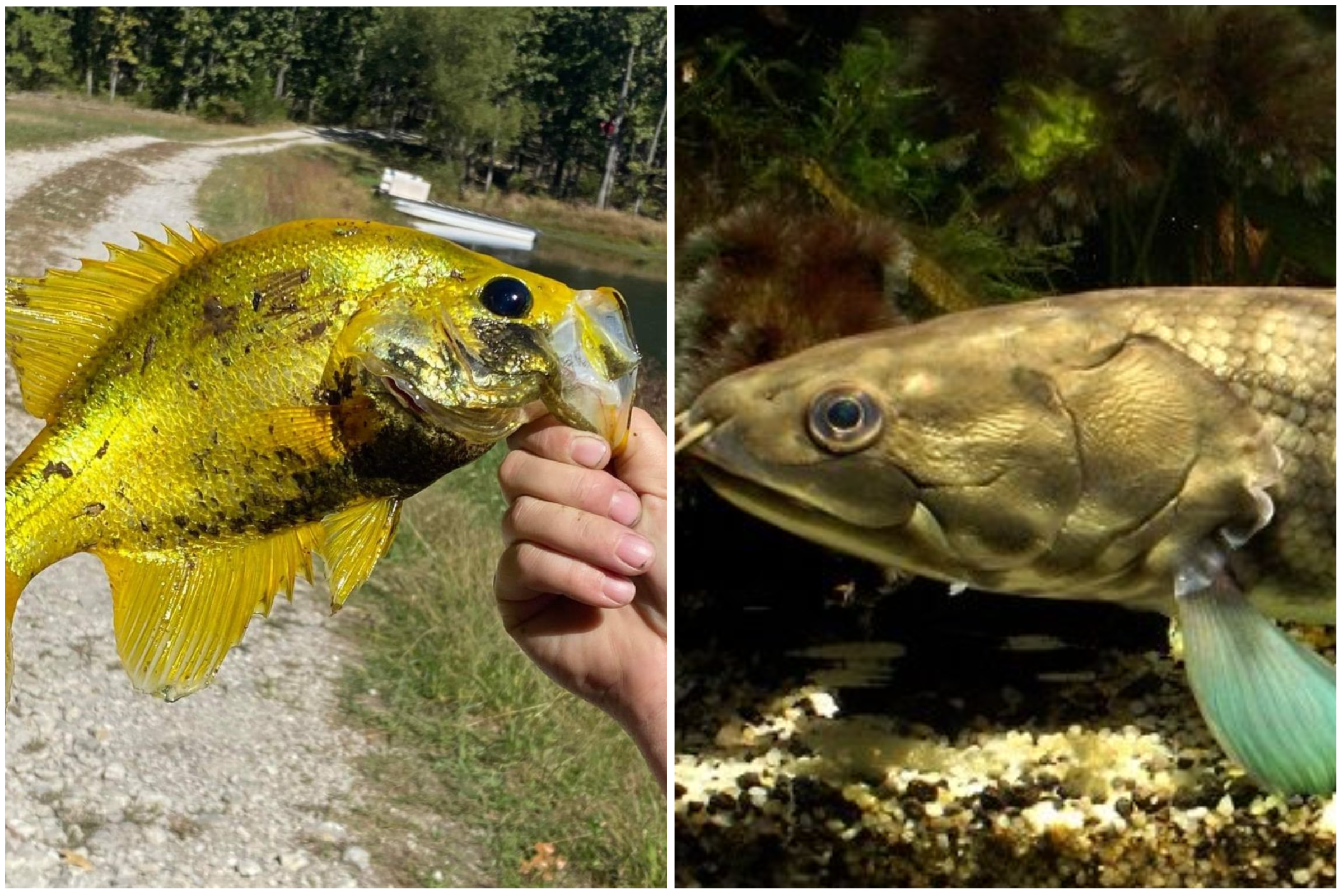 Photos of a fisherman posing with the elusive golden bowfin he had just shot and killed sparked a debate on social media, with some congratulating the hunter for his once-in-a-lifetime catch, and many others raising concerns about the ethics of killing such a rare specimen.

Solomon David, an aquatic ecologist and assistant professor at Nicholls State University and Principle Investigator at GarLab, is in the latter group. “I’ve never seen this kind of golden bowfin in person or in photos. It’s extremely rare,” he told Newsweek.

“Bowfin are a type of freshwater fish native to North America,” David said. “The species is relatively common in slow-moving, vegetated waters of the eastern and southern United States—they range from southern Canada down to Texas, Louisiana, and Florida.

“The fish that was shot by the bowfisher is not a rare species in Minnesota, but it is a very rare genetic variant of the species—what we call a “xanthic” morph. It has a genetic mutation called xanthochromism, where certain pigments in the animal are replaced with yellow pigments. This condition results in the yellow/gold color of the animal.”

Xanthochromism is an uncommon genetic variant that causes the animal to produce an excess of yellow pigment, or possibly a loss of darker pigments, making them appear golden. This trait is not seen in mammals, but it can be found in fish, amphibians, reptiles and birds.

“These individuals seldom reach adulthood because they stand out to predators,” he said. “The fact that this was an adult ‘gold’ bowfin makes it even rarer, it was able to evade natural predators and beat the odds up to the point it was shot by the bowfisher.”

Unlike traditional rod and reel fishing, bow fishing is always lethal to the fish that are caught.

“Bowfishing is a rapidly growing sport that unfortunately often targets ‘non-game’ native species, like this bowfin,” David said. “Oftentimes, there is unlimited harvest allowed, and the fish are not always eaten—they’re often turned into fertilizer or dumped in the trash.”

David explained why this could be a problem: “Conservation of native freshwater fish is important, even non-game species. Fish like Bowfin are important parts of their native ecosystems, maintaining balance as predators. Unlimited harvest by bowfishing is not sustainable, and harvest limits should be established before the species population may be past the point of recovery.”

“Education on the value that native fish species play in their habitats is an important start. Native predatory fish like Bowfin help maintain balance in ecosystems, such as keeping prey fish populations in check…Better regulations, specifically harvest limits, are needed for ‘non-game’ native species…Many of these species are understudied, and we don’t know the tipping point where the population may not be able to recover,” he said.

Aquatic native animals can still be enjoyed without negatively impacting their ecosystem, David said. “Visiting your state or national parks is a great way to enjoy aquatic wildlife–many of them have boardwalks and trails to help keep visitors and wildlife safely separated. Visiting a public aquarium or zoo is [also] a great way to see marine wildlife. We can often see species at zoos and aquariums that we would never encounter on our own in the wild.”