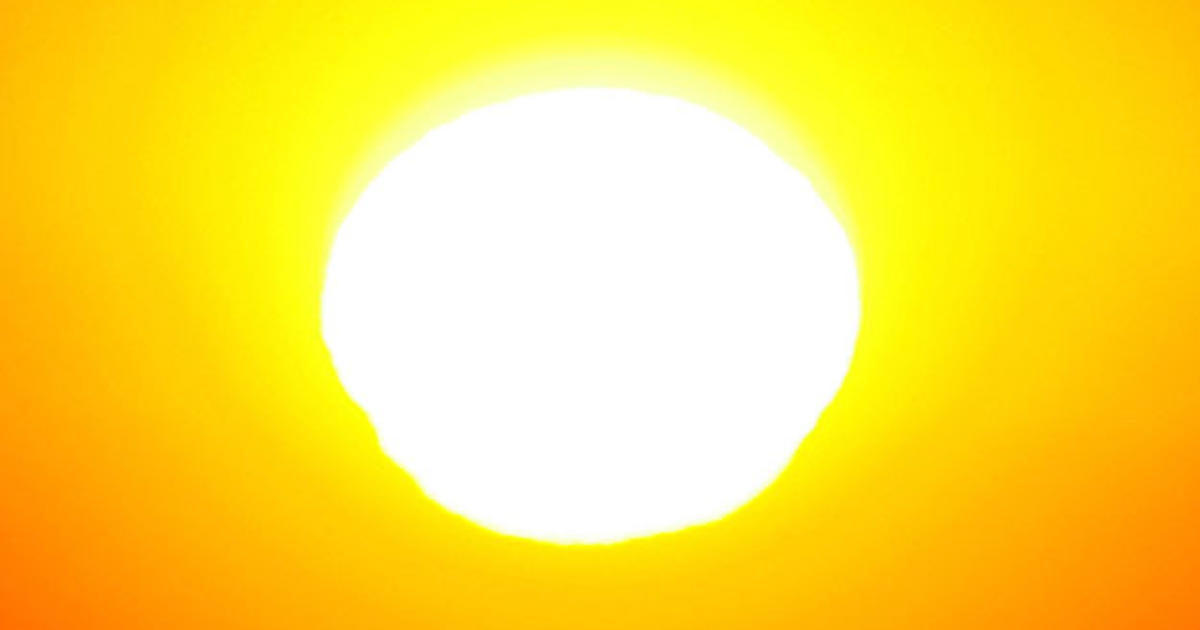 BOSTON – The WBZ Weather Team is issuing a NEXT Weather Alert for Saturday and Sunday.

Seems a bit early in the season to be talking about “dangerous heat”, but that is exactly the headline for this weekend.  Our current high temperature forecast in Boston:

If Boston does indeed hit 95 and 97 this weekend it would be historic for several reasons.

First off, both would be new records for the date.  Currently, the record for both days is 93 degrees (set in 1921 and 1959 respectively).

Despite the insane heat, this will NOT go down in the record books as an official heatwave.  For that designation, you need at least three consecutive days of 90+.  Friday will fall short, (current forecast 77)…and it appears as though a cold front will push through Sunday night, ushering in cooler and drier air for Monday, (current forecast 74).

Humidity will also play a role this weekend.  While I wouldn’t call the dewpoints “oppressive”, there will be enough moisture in the air to add to the “feel-like” temperature.  I fully expect the heat index in many areas to top 100 degrees, most likely in the typically warmer valleys like the Merrimack River Valley to the northwest of Boston.

Might this early heat be a sign of things to come or changes in our climate?  Hard to draw that conclusion off of just a few years but…last May wasn’t all that dissimilar.  Between May 13-27 of 2021, we never dropped below 70 for daytime highs including two days 90+.  And then came June…June of 2021 featured 9 days with highs 90+ including the final three days with highs of 97, 99 and 100 degrees!  Atmospherically, 2021 and 2022 have lots of similarities including a La Nina setup.  Time will tell but I certainly wouldn’t be surprised if the unusually hot weather came back several more times in the short term.

Unfortunately, this weekend is a very popular one for graduations, proms, and weddings.  All I can say is, use caution.  Sitting in hot bleachers in the heat of the day is NOT advised.  Stay hydrated, seek shade and/or air conditioning and don’t forget your pets too!

Something tells me the Celtics won’t be the only ones looking for way to “beat the heat” this weekend.  Sorry, couldn’t resist.  But seriously, the good news about heat this early in the season is that there will be plenty of places just a short drive away that will be much cooler thanks to a chilly ocean influence.  The primary wind direction both Saturday and Sunday will be southwest.  Therefore, places in southeastern MA, including the South Coast, Cape Cod and the Islands will be MUCH cooler. High temperatures will range from the 70s a few miles inland of the South Coast to the 60s right on the water in places like the Outer Cape and Nantucket.

Our team has you covered right through the weekend.  Stay tuned for updates on WBZ-TV, CBSBoston.com and CBS News Boston.