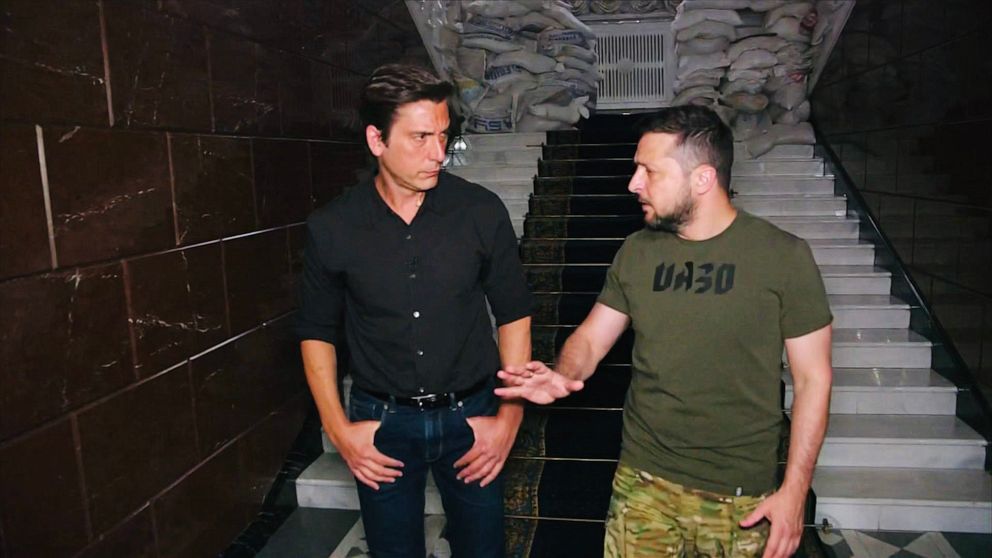 In an exclusive interview with ABC’s “World News Tonight” anchor David Muir, Ukrainian President Volodymyr Zelenskyy hinted of more counteroffensives as his country tries to turn the tide of war against Russia.

“It’s a very difficult war,” Zelenskyy told Muir from the presidential office in Kyiv. “We will regain our territory.”

Last week, the Ukrainian military launched a long-awaited counteroffensive near the southern port city of Kherson, which Russian forces seized in early March. Kherson was the first major Ukrainian city to fall to the Russians amid the early days of the full-scale invasion, which began on Feb. 24. The counteroffensive there is one of the first for Ukrainian troops that have been largely on the defensive.

In his nightly video address on Sunday, the Ukrainian president said he had received “good reports” from his military commanders and head of intelligence. He thanks his troops for liberating a settlement in the eastern Donetsk region as well as two settlements in the south, and for advancing and regaining “certain heights” in an eastern area in the Lysychansk-Siversk direction.

“This task is difficult and it doesn’t only depend on us, but I’m sure that is what will happen,” he added. “It’s only matter of time.”

Asked to clarify that the Kherson counteroffensive is not the only one underway in Ukraine, Zelenskyy said he “can’t discuss details of any military actions.”

“I want that the enemy gets some surprises from us,” he added.

Muir pressed: “So what you are telling me, more than six months into this war, is that you will cede no Ukrainian territory — that is not on the table?”