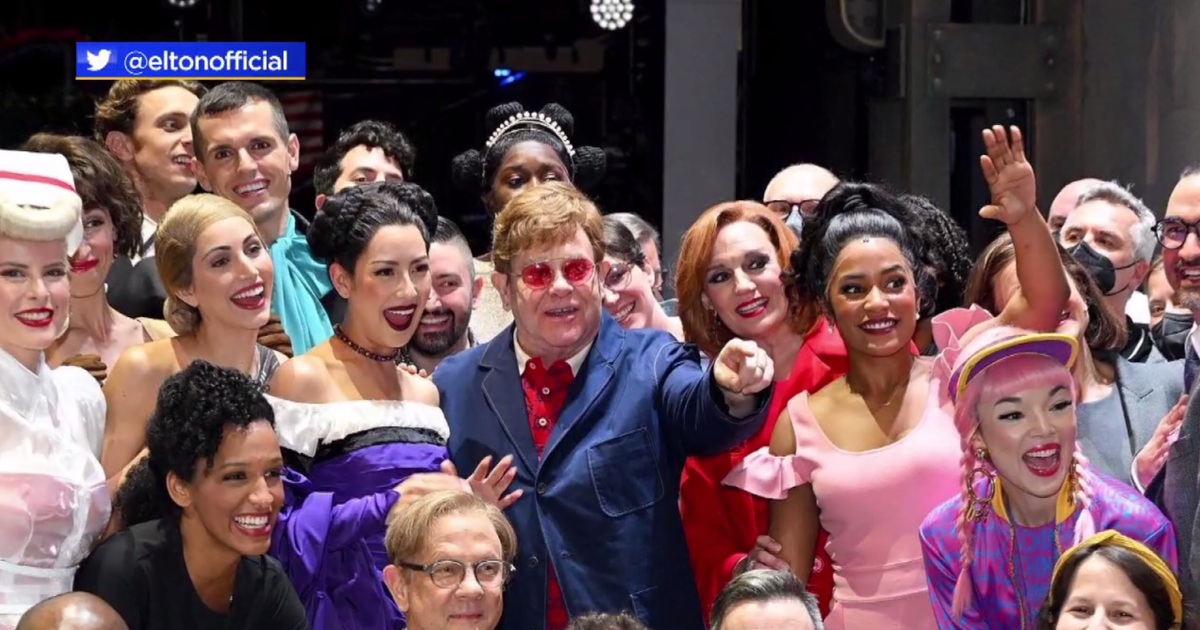 CHICAGO (CBS) — A preview performance of Broadway in Chicago’s new show “The Devil Wears Prada” had a very special guest in attendance this week.

Ahead of his show at Soldier Field Friday night, Elton John tweeted some pictures of himself with the cast when he visited on Wednesday night. He said it was a “blast” to attend the preview of the show and “see the incredible hard work of the entire team come to life.”

John helped write the music for the musical, which is based on the hit 2006 movie.

You can catch “The Devil Wears Prada” at the James M. Nederlander Theatre, 24 W. Randolph St., through Aug. 21.

Elton John’s show at Soldier Field Friday night is part of his “Farewell Yellow Brick Road” tour, which he says will be hist last.