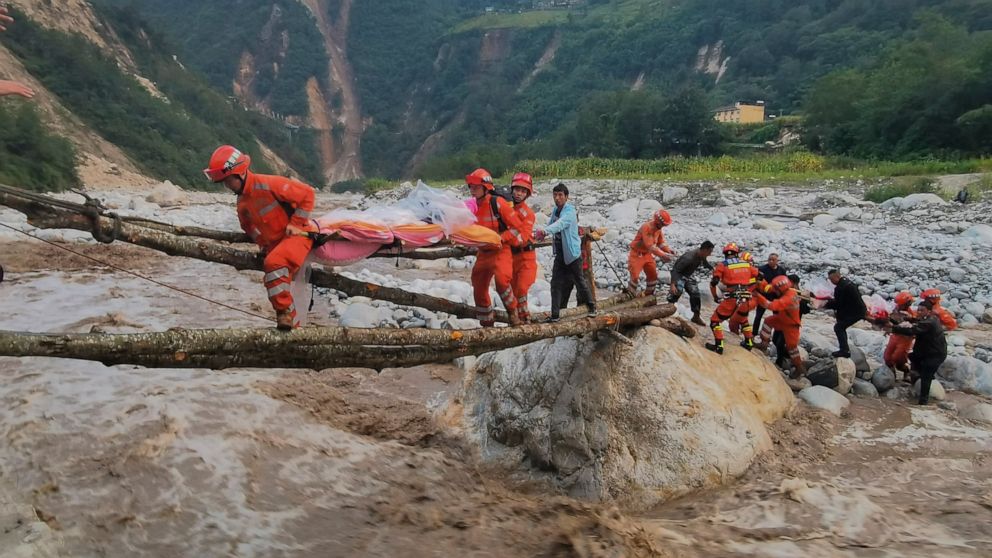 At least 16 other people are missing a day after the 6.8 magnitude earthquake struck a mountainous area in Luding county in Sichuan province, which sits on the edge of the Tibetan Plateau where tectonic plates meet and is hit regularly by quakes. The temblor shook buildings in the provincial capital of Chengdu, whose 21 million residents are already under a COVID-19 lockdown.

Power was knocked out and buildings damaged in the historic town of Moxi in the Tibetan autonomous prefecture of Garze, where 37 people were killed. Tents were erected for more than 50,000 people being moved from homes made unsafe by the quake, the official Xinhua News Agency reported.

State broadcaster CCTV showed rescue crews pulling a woman who appeared uninjured from a collapsed home in Moxi, where many of the buildings are constructed from a mix of wood and brick. Around 150 people were reported with varying degrees of injuries.

Three of the dead were workers at the Hailuogou Scenic Area, a glacier and forest nature reserve.

Along with the deaths, authorities reported stones and soil falling from mountainsides, causing damage to homes and power interruptions, CCTV said. One landslide blocked a rural highway, leaving it strewn with rocks, the Ministry of Emergency Management said.

Buildings shook in Chengdu, 200 kilometers (125 miles) from the epicenter.

The earthquake and lockdown follow a heat wave and drought that led to water shortages and power cuts due to Sichuan’s reliance on hydropower. That comes on top of the latest major lockdown under China’s strict “zero-COVID” policy.

China’s deadliest earthquake in recent years was a 7.9 magnitude quake in 2008 that killed nearly 90,000 people in Sichuan. The temblor devastated towns, schools and rural communities outside Chengdu, leading to a years-long effort to rebuild with more resistant materials.