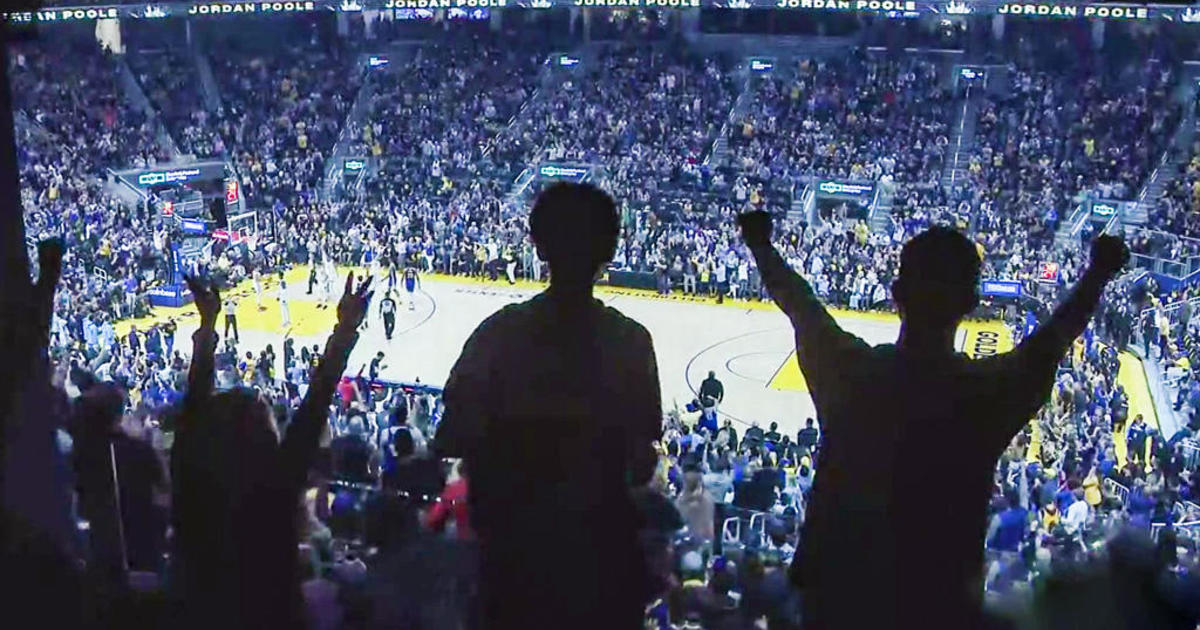 SAN FRANCISCO (KPIX) — The Warriors were back on their home court Friday night for a critical Game 6 against the Grizzlies.

After a disastrous loss in Game 5, there were many nervous Dubs fans at Chase Center.

But, thanks to some clutch Splash Brothers fireworks, the Warriors beat Memphis 110-96 to advance to the Western Conference finals.

It was chaos at Thrive City as fans celebrated the victory.

“We’re not in Memphis. It’s Friday in the Bay! Let’s go to the finals baby!” said Warriors’ fan Ricardo Moran.

The game remained close until the very end with many nervous fans sitting on the edge of their seats while others were cool and confident.

A fan named Kelly watched the game at Thrive City with her son. Asked if her faith ever flagged she said, “Yes, but I’m so happy now!”

Inside Chase Center, fans rode the wave of emotions as the Warriors played another physical game against the Grizzlies.

“I think Looney surprises us with all the rebounds. Let’s go Warriors,” said P.J. Strauss.

The fans now have no doubt where this team is headed. “Where else can we go? NBA Finals!” said Lee Sullen.