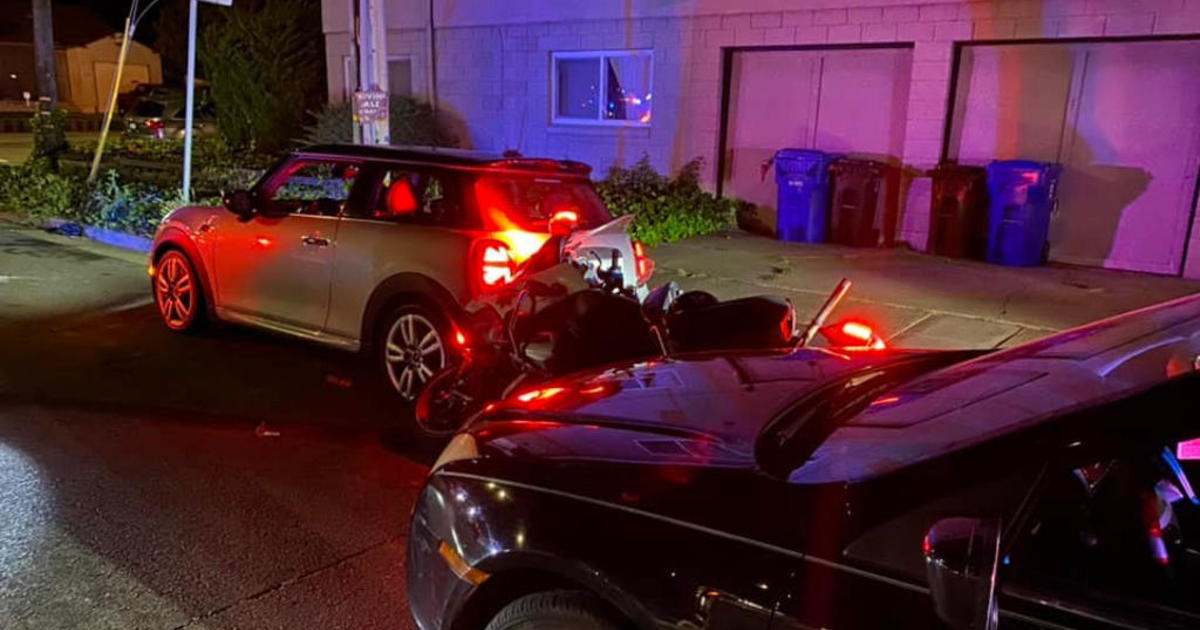 RICHMOND (CBS SF) — Police in Richmond said an apparently drunk driver was arrested Saturday night after crashing into an RPD officer’s motorcycle during a traffic stop.

The DUI driver crashed into the motorcycle as the officer was conducting an investigation on the side of the roadway, Richmond police said in a Facebook post. The post included photos that showed the damage from the collision.

“The car crashed into the officer’s motorcycle at a significant rate of speed; we are EXTREMELY grateful that no one was killed,” the post read. There were minor injuries due to the incident, but police did not provide any details.

Richmond police said the intoxicated driver provided a breath alcohol sample on scene that indicated his blood-alcohol content was over three time the legal limit. The driver also had a felony DUI warrant for his arrest and was on probation for DUI.

The driver was taken into custody. He has not been identified.

“We are thankful that only minor injuries were reported as a result of the driver’s reckless and dangerous decision,” the post read.